A survey was done a few years ago about what weather words people latch onto when they heard them on television. The first was the word FORECAST, close to the top were the words LAKE EFFECT.  Yet lake effect isn’t a “one-size-fits-all” type of meteorological phenomena.  I wrote about some actual lake effect examples from the 1960s and 1970s in a post from late 2011 on Scott’s World of Weather.

Now that we are closing in on our first lake effect event next week (November 12-14th), a lake effect refresher is probably needed for all of us.

First the variables that go into a lake effect event:

1. Temperature difference between the lake and the air aloft (5000 feet) has to be at least 13 degrees celsius. The more, the better.
2. Abundant atmospheric moisture independent of the lake
3. Wind speed
4. Wind direction
5. Fetch Length (How far does the wind blow over the lake)
5. Instability and instability depth (Usually driven by a cold front/trough and/or the lake temperature difference) Deeper the instability, the deeper the snow growth
6.Orographic lift (elevation different between Cleveland and the snowbelt)

Even if #1, 3, 4, 5 and 6 are present (the most common variables), subtract any one of these variables especially 2 and 5 and snowfall forecasts can turn out much different than anticipated.

What are the different “flavors” of lake effect here in northern Ohio? Why does the secondary snowbelt vary so much?  How can some areas like Akron get significant lake effect while the traditional snowbelt receives minimal amount? The differences lie in the wind direction.

The first example is what I like to call: CLASSIC LAKE EFFECT EFFECT SNOW.

Winds are primarily out of the northwest, usually behind an Alberta Clipper type cold front. The higher elevations east of Cleveland (Geauga, Lake and Ashtabula counties) AND SOUTHWEST OF CLEVELAND enhance the snowfall due to the lifting of the moist air. The secondary snowbelt in this example would include northern Medina, Summit and Portage counties. This lake effect snowfall map is the one that you’re probably the most familiar. 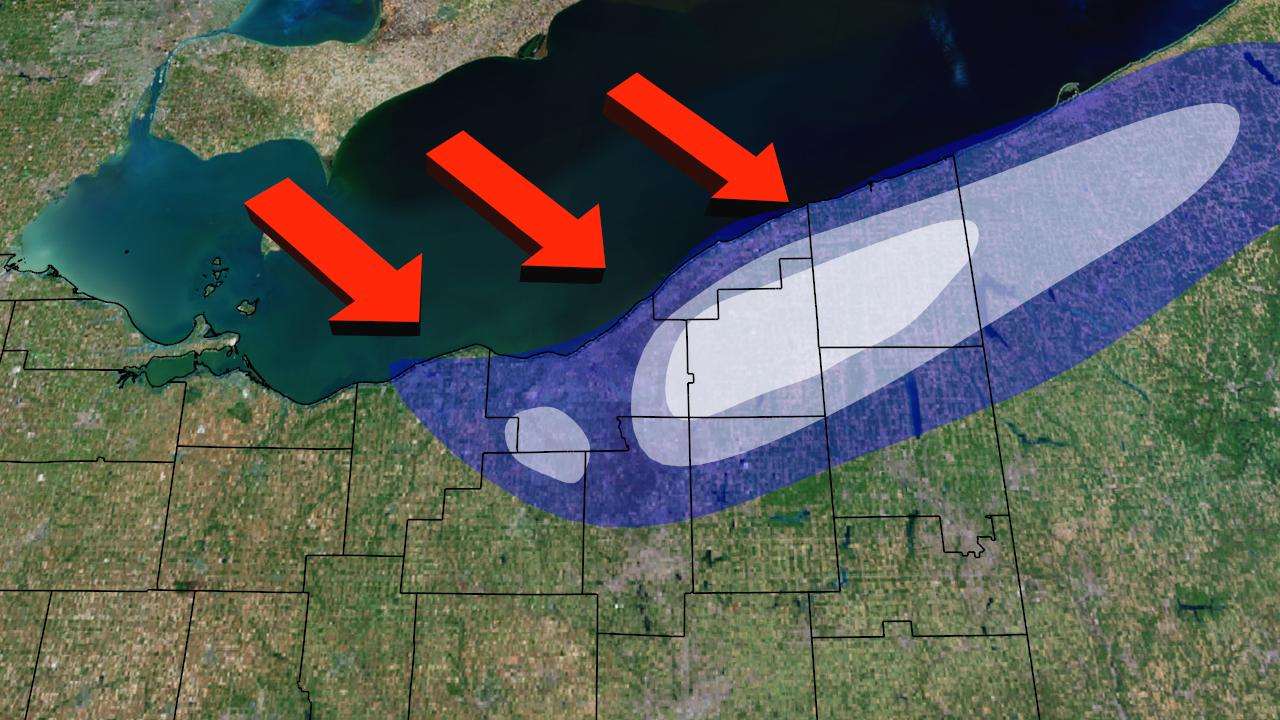 How to get married for free in Summit County

How to get married for free in Summit County