CLEVELAND, Ohio — When people hear summer outlook, a few questions come to mind:  Will I use the air conditioning more?  Will I get good use of my pool?  Will my garden do well?

The answer to these specific questions is YES, YES and YES in that order.  Let me explain what I mean.  (Get ready, it’s going to get technical).

The cold winter has told us that persistence forecasting can trump other variables because it makes the most sense. The atmosphere is oftentimes slow to respond to changes, so why mess with the prevailing pattern if it’s strong.

This spring has shown us that although the winter variables remain as a collective, the result can be quite different in April and May. Eight-day forecasts often have wild swings in temperature.  Abundant variability becomes commonplace.

**Check out my science and weather site SCOTT’S WORLD OF WEATHER  for more technical science on weather forecasts and why we perceive weather forecasts to be wrong much of the time.  It’s a field that I call Behavioral Meteorology.**

May has been well above normal– with the warmest first 11 days since 1965 in northern Ohio.

Before we talk about Summer 2015, let’s head back to last summer (2014). Ocean temperatures were still dominantly warm in the north and east Pacific nearing the west coast. Tons of talk about a Super El Nino faded as the equatorial Pacific temperatures dropped into neutral territory or slightly weak/central.

Below are the ocean temperature anomalies for the overlapping months starting in April and ending in September. 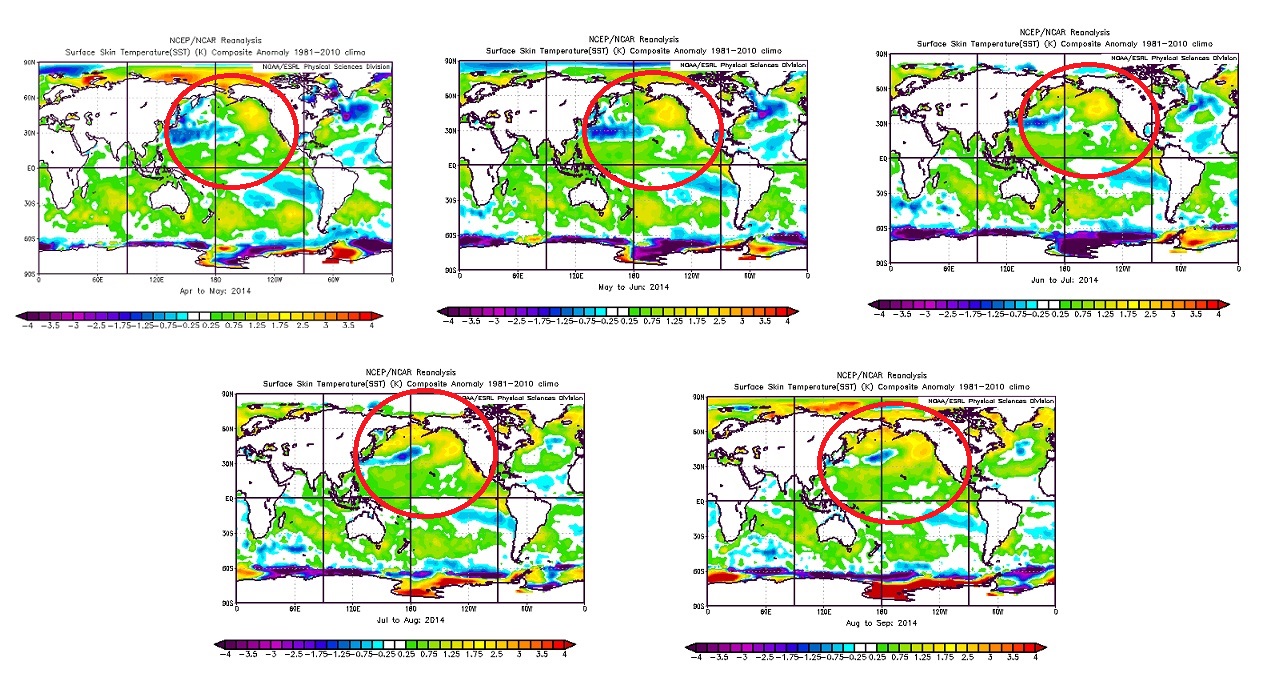 Overall, the lack of any Bermuda High signature kept temperatures across the Ohio Valley and midwest below average for much of the summer. 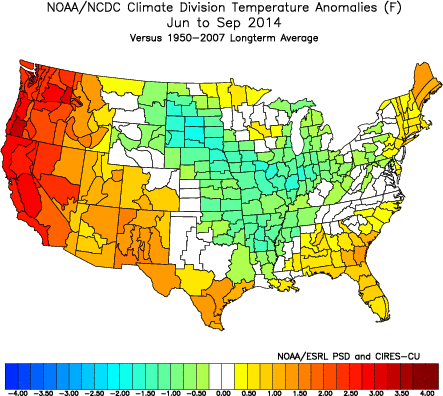 The early season warmth has many believe that this summer would feature tons of heat similar to 2010 and 2012.  In those years, the pattern was totally different (SEE THIS FOR DETAILS) which yielded this blast furnace of a summer nationwide. 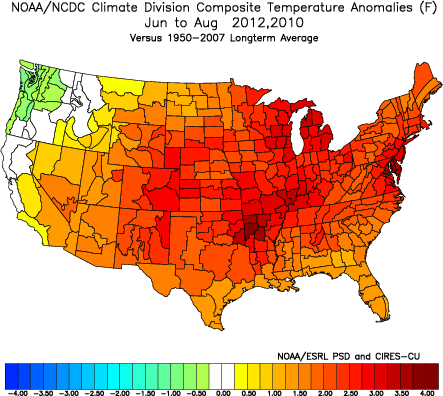 How about this spring and summer? The warm pool along the west coast is getting warmer and more concentrated. The cool pool northwest of Hawaii is building. Equatorial ocean temperatures in the ENSO 3.4 region have risen along with some larger basin increases more than at this time in 2014.

Big question: Will this evolve into a more significant El Nino than this past winter? CPC forecasts are calling for it.  The IRI forecast as well so I don’t think there is any reason to stray from those blends. But I am skeptical of this turning into a major El Nino event. Too much warm water off the coast of Australia which keeps pressures low.  More on the EL NINO HERE.  During the Super El Nino early stages in 1982 and 1997, the eastern Australian cool water was a dominant feature. The other strong El Ninos which started in 1972, 1965 and 1957 all had cool western Pacific water.

Until some western Pacific cool water develops along with continued moderate eastern/central warming this summer resulting in an MEI response,  I’m staying a bit bearish.  In my initial analysis, I used last year along with several years with similar MEI and ONI indices coinciding with a building El Nino which weakens late this year in time for the following winter. 2005, 1993, 1980, 1977 and 1953 for starters.  The late 1950s are a very good match along with the late 1960s.

April sea surface temperature blend looks like this which matches up fairly well to other years with similar configurations. 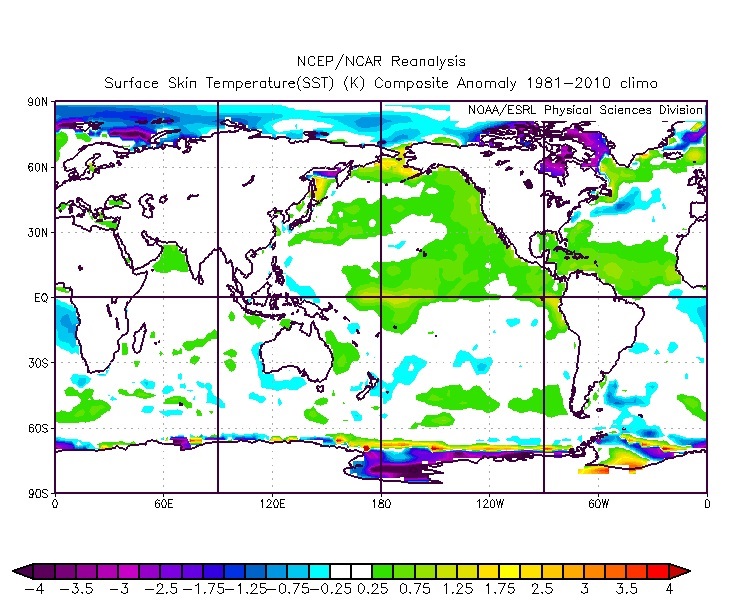 So based on the building El Nino, warm and cool pools across the northern Pacific and a blend of other factors, our SUMMER OUTLOOK is as follows: 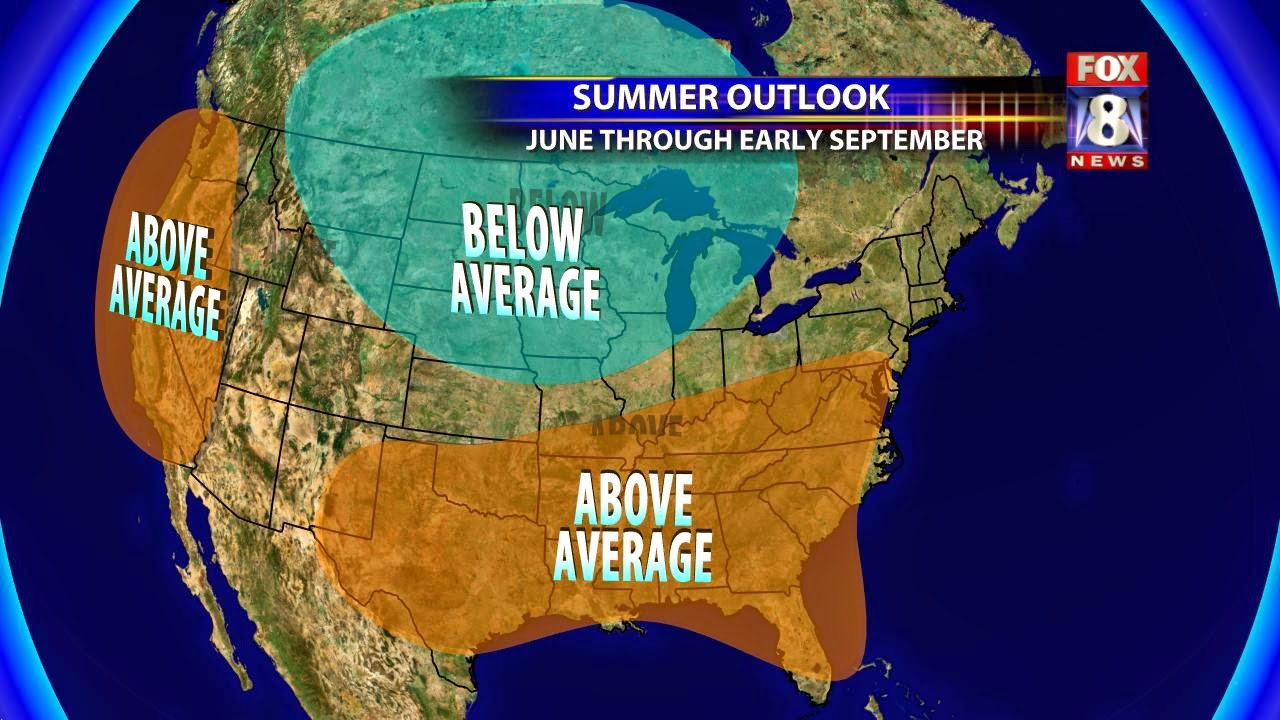 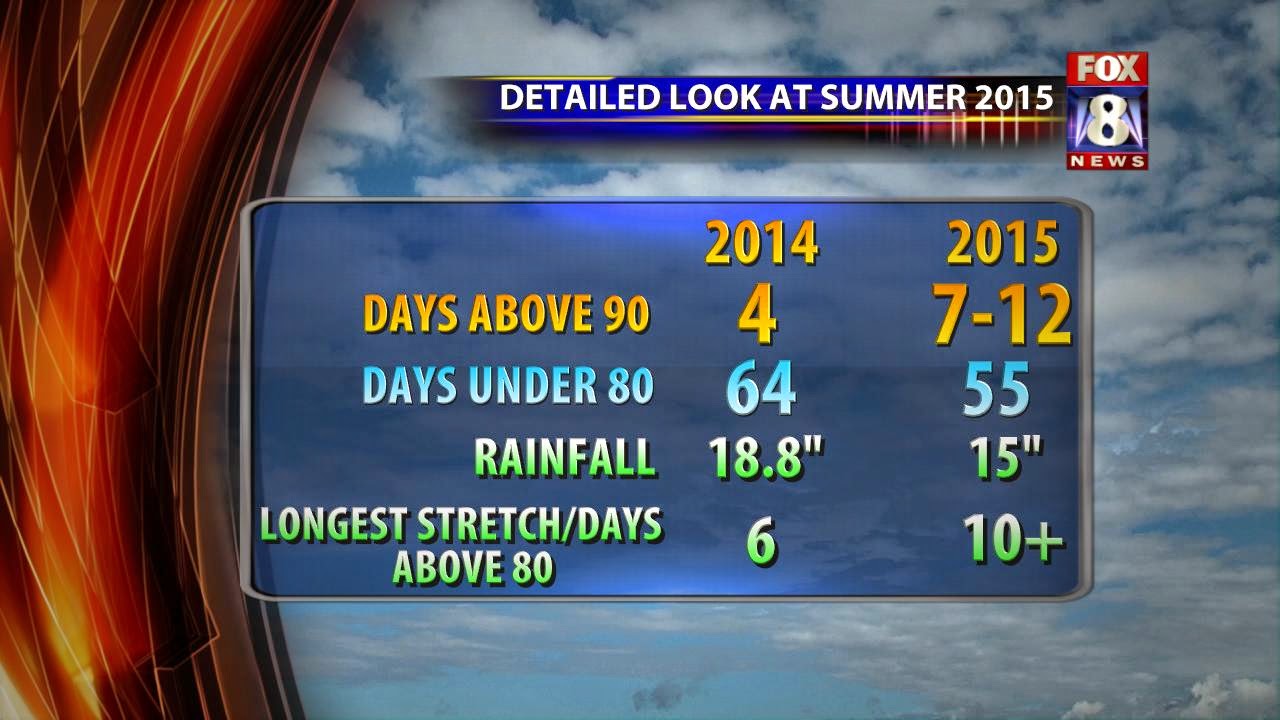 Let’s sit back and watch the summer play out!

Feast of the Assumption procession in Little Italy