CLEVELAND –  Now we all know: 1995 Cleveland World Series team members Kenny Lofton and Carlos Baerga will be throwing out the first pitches in Games 1 and 2 of the 2016 World Series!

That announcement was made Monday afternoon.

Major League Baseball also announced that pop star Rachel Platten  will sing the National Anthem before Game 1, and country duo LOCASH will perform it for Game 2.

Remember that the World Series is yours to watch ONLY on Fox 8! Make your viewing plans, here’s the schedule: 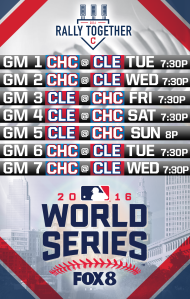 Lyme disease cases on the rise in Ohio

CUYAHOGA FALLS, Ohio (WJW) -- The pandemic shut it down, but now after a very long 17 months, live Rock-n-Roll music is returning to Blossom Music Center this weekend in Cuyahoga Falls with James Taylor and Jackson Browne performing.

The Cleveland Orchestra returned to the venue in early July, but this is the first Live Nation concert, finally kicking off the summer series.

According to police, at around 7:30 p.m., officers responded to the park for reports of a vehicle driving erratically and shots fired.

**In the video, above, more on the CDC's updated mask guidance**

LAS VEGAS (KLAS) – A Las Vegas father who contracted COVID-19 while on vacation texted his  fiancée from the hospital, “I should have gotten the damn vaccine,” she later told Nexstar's KLAS.

Man killed, several others injured after being stung by swarm of bees

Best way to get the season started: Fans are back at Browns training camp

Disney will require employees to be fully vaccinated

What are the symptoms of COVID-19 if you’re vaccinated?

Stimulus checks: Where do we stand on more payments?