After dealing Isaiah Thomas and Channing Frye to the Lakers on Thursday, the team made more moves.

The Cavs said they acquired a protected 2024 second round pick from the Miami Heat in exchange for Wade.  The trade also creates a traded player exception for the Cavaliers in the amount of approximately $1.5 million.

Wade, Crowder and Rose were new additions this season. Shumpert came to the Cavs with J.R. Smith from the Knicks in 2015.

In return, the Cavaliers are getting Rodney Hood and George Hill. Miami is giving Cleveland a protected second-round pick. 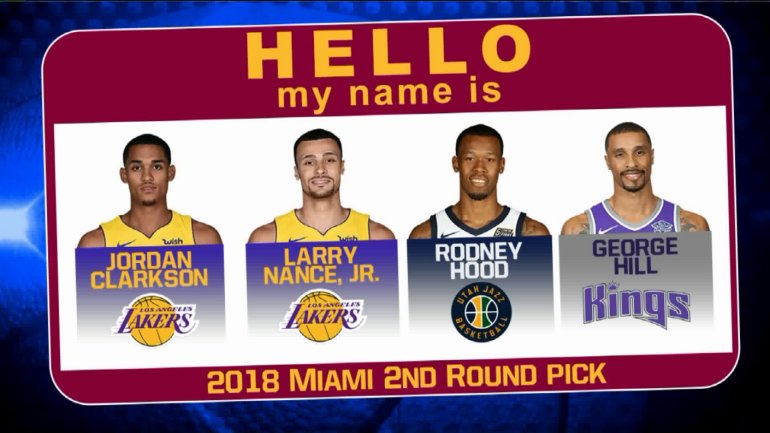 The Cavs also gave up their 2018 first-round draft pick to the Lakers, which is not the selection they acquired from the Nets, and a 2020 second-round pick to Sacramento.

Week 6 of Friday Night Touchdown: Vote for the game of the week

CLEVELAND — FOX 8’s award-winning "Friday Night Touchdown" is back for its 24th season and better than ever.

All those pinstripes. The roll call of Hall of Famers. The 27 World Series titles. The history.

Victory Monday: Breaking down Cleveland’s win in the Orange and Brown show

CLEVELAND (WJW) -- It’s another victory Monday in the city of Cleveland as the Browns beat the Washington Football Team on Sunday at FirstEnergy Stadium, 34-20, for back-to-back wins.  This is the first time the Browns have been over .500 in a season in six years.

Join FOX 8 Sports Anchors P.J. Ziegler and John Telich Mondays at 3 p.m. as they go unscripted talking about Sunday’s game.  The duo will take about the defensive turnovers and how the offense was able to capitalize.  Is Nick Chubb the best running back in the league? And what about Baker Mayfield ending his eight-game interception streak?  We’ll dive into all that and more when you join us this afternoon.

11 more cases of coronavirus in Cleveland; No additional deaths

US official: 2020 census to end Oct. 5 despite court order

Health care workers may be contracting COVID-19 at lower rates than most Ohioans, new report finds

I-Team: Concern over outside agitators coming to Cleveland during presidential debate

Mom, daughter get life in prison for killing 5 relatives including children