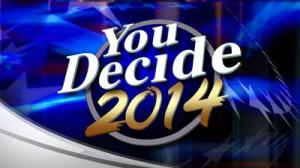 From the race for Ohio Governor to a change in power in the U.S. Senate– all eyes were on races and issues all over the country and in the Buckeye State.

(Check the map at the bottom of this page for more on U.S. races.) 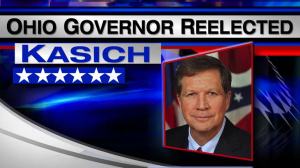 “I have spent my career fighting to empower those who do not have a voice, and I will continue to do that despite the results of this election. Our state is great, but it can be greater and I am committed to helping realize that potential.

“I am so grateful for the incredible network of volunteers and supporters that we have developed over the past 16 months, and for the stellar campaign that we have run. We stayed focused on the issues of ballot access and economic opportunity for all Ohioans—issues that remain—and we will continue to push for progress in the months and years to come.

“As long as our democracy has not yet fulfilled its potential—as long as the promise of a more perfect union remains alive—we will dare to dream of progress, and blaze the trail towards it.” 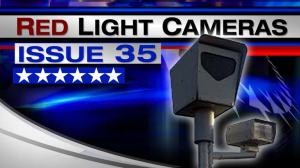 Issue 35: Voters put a stop to traffic cameras in the City of Cleveland, by voting ‘yes’ on Issue 35. That means the controversial cameras will go away.

Issue 4: The bond issue for Cleveland Schools passed. It’s needed money for what’s called the Cleveland Plan, building about 20 new schools and refurbishing about 20 others.