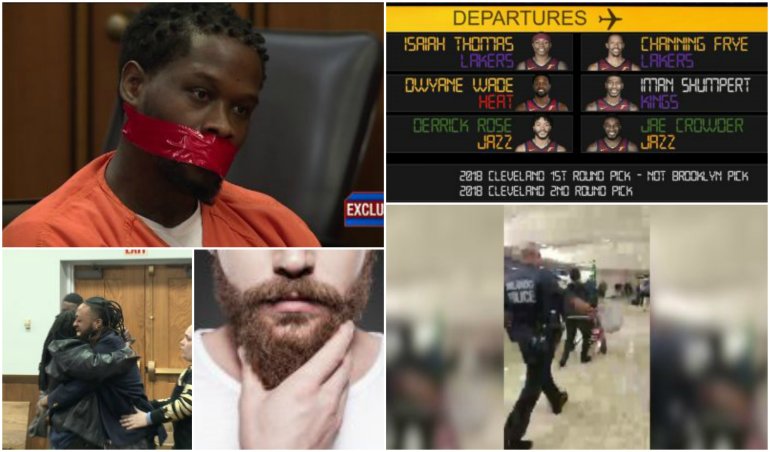 They may have touched your heart, caught your eye or inspired you or got you to talk.

Using numbers from Fox8.com, we compiled a list of these top stories read most in 2018.

Take a look below for the stories and videos that caught your attention most!

1.) FDA expands dog food recall; 8 brands pulled for making dogs violently ill: The U.S. Food & Drug Administration in December 2018 expanded their recall of dog food brands that had too much vitamin D, which could make pets sick. The recalled products were sold nationwide.
2.) Passengers panicked after Carnival cruise ship tips: A technical malfunction caused a Carnival Cruise to tip on its side, evoking panic in many passengers in November. The Carnival Sunshine ship tipped on its side after a switchboard malfunctioned.
3.) Terrifying flu season: What to look out for as growing number of young people lose lives after getting sick: The flu season back in January was worst in over a decade, according to the CDC, and now a terrifying trend is emerging across the country. Young, healthy people, including Cleveland’s Kathleen Cochrane DePiero, are passing away from it.
4.) Man arrested in abduction and killing of 13-year-old girl in North Carolina: A man in detention on unrelated charges was arrested in December in the kidnapping and killing of 13-year-old Hania Aguilar, who was abducted in November outside her home in southeastern North Carolina.
5.) Single ticket in South Carolina wins record $1.6 billion Mega Millions Jackpot: One ticket sold in that state matched all the numbers in the October drawing. The jackpot was a record $1.6 billion.

1.) More Cavs trades: Wade, Crowder, Rose and Shumpert gone: In February, it was announced that Cleveland was sending Dwyane Wade to Miami, Jae Crowder and Derrick Rose to Utah, and Iman Shumpert to Sacramento.
2.) Woman removed from flight bound for Cleveland due to ’emotional support’ squirrel: A woman had to be escorted off a Frontier flight bound for Cleveland in October due to a squirrel. The passenger boarded Flight 1612 in Orlando, saying the squirrel was an emotional support animal.
3.) 30-page complaint details conversations of Cleveland terror suspect leading up to thwarted attack: A man who repeatedly said he wanted to be part of a foreign terrorist organization conducted reconnaissance in downtown Cleveland in recent days, planning to pack a van with explosives in a July 4 attack in Cleveland.
4.) ‘You killed my…baby’ Angished father of 4-year-old Euclid girl breaks down in court: The father of 4-year-old Aniya Day, who was allegedly abused to death by her mother and mother’s boyfriend, was anguished and emotional as the two people charged in the death of his daughter appeared in court.
5) Ohio ends same-day driver’s license issuing in favor of mail: In February, Ohio announced it would end the same-day issuing of Ohio driver’s licenses and mail them instead to save money and increase security.

1.) Video shows beatdown at McDonald’s after customer throws milkshake at employee: Video shows a brutal beatdown in July at a McDonald’s restaurant. The person who took the video reportedly lives in Las Vegas, Nevada, but it’s not known where the incident happened. That person said the brawl started when a customer tried to use a water cup to get pop from the fountain machine.
2.) Study: Men with beards are more attractive: A November study showed men who have full beards are more attractive than men who are clean-shaven. Researchers asked more than 8,500 women to rate men on their attractiveness as a long-term romantic partner.
3.) Police working to capture gator after report of woman dragged into Florida lake: In June, a woman was killed in Davie, Florida, after authorities say she was bit and killed by an alligator. A 12-foot alligator was later spotted in the pond near where she died.
4.) Watch: Video shows priest slap baby during baptism: In June, a Reddit user posted video showing a priest slapping a baby being baptized in France. The video showed the priest first try to comfort the baby. Then he slapped the baby.
5.) Report: Woman returns dead Christmas tree to Costco, gets full refund: In January, a woman in California reportedly returned her dead Christmas tree and got a full refund. Indianapolis radio host Dave Smiley posted screen grabs from a Facebook page of a California man who claimed to have witnessed the entire incident.

1.) Prisoner goes on Facebook Live, says he ‘did it’

2.) Anguished father of 4-year-old Euclid girl breaks down in court

Around 7 p.m., officers say a 52-year-old man was driving an SUV southbound on Township Road 50 (Miller Road) just north of County Road 59 (Sterling Road) when he ran off the right side of the roadhitting the embankment of a stream, according to OSHP.

CLEVELAND (WJW)-- The city of Cleveland's public outdoor pools and spray parks open for the summer on Saturday after being closed all of 2020.

CHARLOTTE, N.C. (WJZY) – Video of an American Airlines flight attendant calling out passengers for their behavior has gone viral.

“Just like you, we have not eaten also," the flight attendant can be seen telling passengers over the intercom. "The fact that we get insulted and mistreated by passengers over things that we cannot control. It is disgusting… Shame on the passengers who have made this flight a living hell."

Warm and muggy weekend; slight chance of pop-up showers for some

Live theater returns to Playhouse Square with Choir of Man

‘Everything went dark’: Lobster diver says he was trapped inside whale’s mouth

Toddler dies after he falls from window, attacked by family dogs

‘Put the guns down:’ Cleveland councilman calls for end of violence against children

$100 for getting vaccinated? Columbus looks at COVID-19 incentive