WILLOUGHBY HILLS, Ohio– An Amber Alert for two children, who police say were kidnapped by an armed man, was canceled Tuesday afternoon. The suspect has not yet been caught. 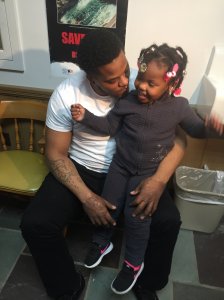 Officers were called to Chardon Road in Willoughby Hills at about 8:20 a.m. Tuesday. The victim said her boyfriend, 24-year-old Clarence Davis, threatened her with a gun and took her car.

According to Willoughby Hills police, the woman’s children, a 3-year-old girl and 5-year-old boy, were inside the vehicle. Davis is not the children’s father.

Police said they believe the suspect still has the gun. He is considered armed and dangerous.

The argan oil used for beauty is different from the one used for cooking, so be sure you know whether you’re buying cosmetic or culinary argan oil.

Distressed jeans have become a wardrobe staple for those curating a relaxed but chic aesthetic.

Ohio lawmaker wants all primary elections in May

Ohio lawmaker wants all primary elections in May

When will I get my tax refund?

Interpol Arrests Mafia Killer Who Lived on the Lam …

Interpol Arrests Mafia Killer Who Lived on the Lam …

When will I get my tax refund?

What police found in home of teen charged in robbery

What Cavs’ Mitchell says about incident on court

Here’s what the Farmer’s Almanac predicts this spring