(CNN) – The battle for breakfast gains a new entrant on March 2.

That’s when Wendy’s enters the ring and debuts its highly anticipated menu for the increasingly competitive timeslot. The launch comes six months after the fast food chain announced it wanted in on this growing category.

And Wendy’s is already needling its peers on Twitter:

Wendy’s is serving a mix of new items and twists on its customer favorites, including the Breakfast Baconater and a Frosty-ccino.

The full menu consists of nine sandwiches. Three are on croissants, including two options with eggs (sausage, egg and Swiss cheese or a bacon, egg and Swiss cheese) and a maple bacon chicken croissant. Similar egg sandwiches will also be sold on biscuits and classic buns. It’s also selling new side dishes, like potato wedges and replacing its coffee blend. 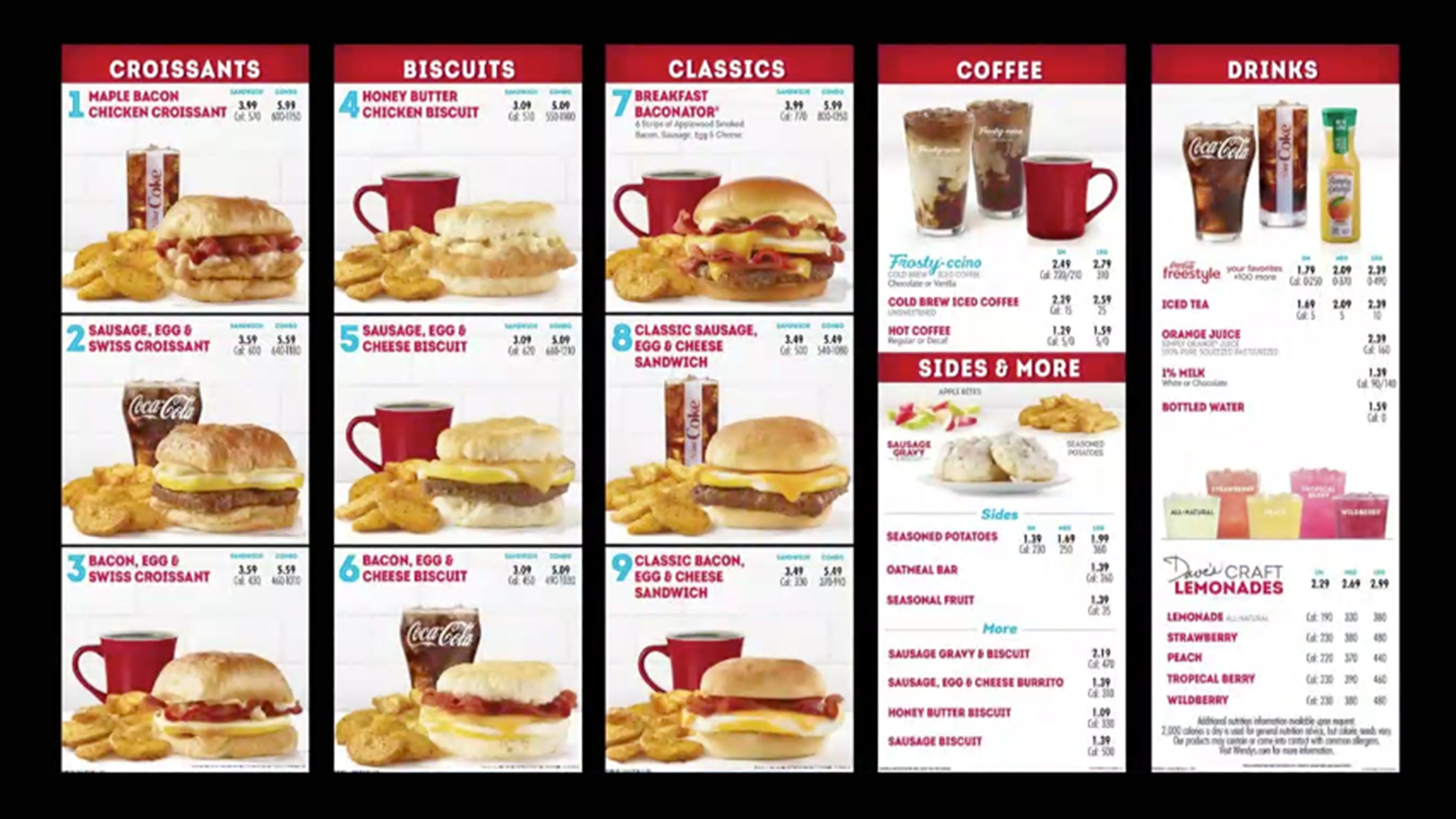 Wendy’s currently offers some of its breakfast items at about 300 locations. The nationwide launch “provides incredible growth opportunities,” said Todd Penegor, the company’s president and CEO, in a previously released statement. Wendy’s has some 6,000 locations nationwide.

Breakfast is one the few expanding segments for the industry, according to food industry group NDP. Late night is, too, but not as quickly.

If all goes well, Wendy’s predicts breakfast sales will encompass 10% of its daily sales. But it doesn’t expect breakfast to be profitable until sometime next year.

There are uncertainties about this endeavor. Wendy’s previous attempt to sell breakfast flopped in 2012. And breakfast is costly. The chain expects to spend about $20 million to hire about 20,000 employees and serve breakfast in all its stores. Investors soured on the stock when Wendy’s initially announced the news in September but its shares are now up 27% year over year.

Wendy’s will have plenty of competitors in the breakfast space, including McDonald’s, Dunkin’ and Panera.

Dunkin’, which has been experimenting with healthy breakfast items, launched a breakfast sandwich last year that is made with a plant-based Beyond sausage, luring customers with a trendy new option. Panera bolstered its menu with new offerings and IHOP unveiled plans for a new store, Flip’d, that will serve freshly prepared breakfast to go.

OSHP: Two walk away from plane crash in Mansfield unharmed

It happened near Huntsman and Algire roads around 8 p.m. Thursday.

MCKINNEY, Texas (NEXSTAR) — A Texas couple have been charged with evidence tampering and abuse of a corpse after their infant son was found dead in a bucket of tar.

At least two dead, several injured in string of overnight shootings in Cleveland

Around 2 a.m. Friday, police were called to the Sunoco gas station where three people were shot and one was pistol-whipped.

OSHP: Two walk away from plane crash in Mansfield unharmed

At least two dead, several injured in string of overnight shootings in Cleveland

Ohio man accused of flicking blood on family, threatening to inject them with mercury