CLEVELAND (WJW)-- The man who was convicted of killing two teenagers in Garfield Heights in 2018 learned his fate Wednesday.

Last month, a jury recommended the death penalty. The judge on Wednesday called Nicholson "an extreme coward" and said he has shown no remorse. The judge upheld the jury's recommendation of death.

On Oct. 11, the jury found Nicholson guilty of aggravated murder for the deaths of the two teenagers, and attempted felonious assault on their mother. 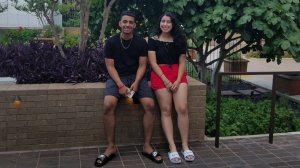 According to the prosecutor's office, on Sept. 5, 2018, Nicholson got off work and drove to a house owned by his girlfriend near E. 86th St. and Garfield Blvd. in Garfield Heights.

Nicholson argued with her about another relationship and authorities said he attacked her in a bedroom, strangling her and striking her in the face several times.

The victim's teenage son tried to stop the attack and a struggle happened between him and Nicholson. 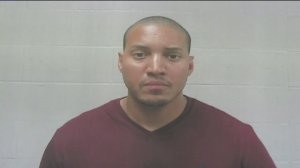 The prosecutor's office said the mother separated them; the teen then called police while Nicholson got a gun.

“The heinous facts in this case led us to seek the death penalty. With this result, it is clear the Jurors agreed with our decision,” said Cuyahoga County Prosecutor Michael C. O’Malley. “Our thoughts and prayers remain with the family of the teenage victims.”

Should I be tested for COVID-19? 3 signs you may need the test

DALLAS (NEXSTAR) -- With a limited number of tests available for COVID-19, whether or not you can get tested for the virus depends on where you live and how bad your symptoms might be.  If you’re wondering whether you should be tested, here are three signs you might need to contact a medical professional:

You show common symptoms and are in a prioritized group

CLEVELAND (WJW) -- The City of Cleveland has finally responded to FOX 8 I-TEAM's inquiries about what will be done at a fire station where the first city EMS worker tested positive for the coronavirus.

This week, we revealed a Cleveland EMS worker tested positive for COVID-19, so we wondered about that employee’s co-workers and the EMS base.

Should I be tested for COVID-19? 3 signs you may need the test

‘No one is immune from this virus’: Mayor Jackson urges Clevelanders to follow stay-at-home order

‘Everything is not fine’: What it’s like for health care workers on the front lines of the coronavirus pandemic

Share your pics! Americans put holiday displays back up to deal with virus outbreak