According to police, on Feb. 3, at 8:01 p.m., officers identified that the truck was stolen and was in the area of Portage Street N.W. and Frank Avenue N.W.

Officers tried to make a traffic stop, but police said the driver – identified as Travis Leanthony Lanier- would not comply.

A short pursuit took place westbound that ended in the area of Portage Street N.W. and State Route 241 (Wales Avenue N.W.) where police said the vehicle was involved in a crash.

Police said Lanier then ran off and tried to get in multiple vehicles, but was taken into custody.

He was taken to the hospital for treatment, but tried to take off from the facility, police said. 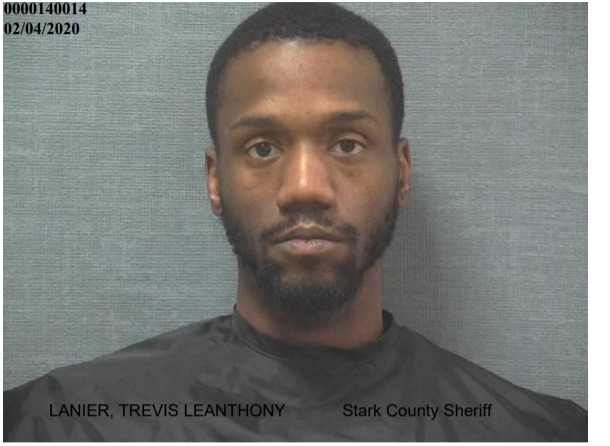 Jackson Township police said they believe Lanier may have been involved in other crimes in the area; their investigation continues.

As Kent prepares for Halloween, residents skeptical people will comply with COVID-19 ordinance

KENT, Ohio (WJW) -- A day of anticipation in years past is now a concern for the City of Kent as COVID-19 cases continue to be reported at Kent State University and Portage County remains in the red at a level 3 public health advisory.

"People from out of town also will be asked not to come to Kent. I know that Greek life is also working on a strategy as well," said Manfred van Dulmen, Ph.D., interim associate provost for academic affairs and interim dean of graduate studies.

CLEVELAND (WJW) — The Cleveland Department of Public Health reported 52 new cases of COVID-19 in the city today. On Saturday, there were 42 cases reported. There were no new fatalities from the virus reported this weekend.

Since the coronavirus pandemic began, there have now been 6,132 confirmed cases in Cleveland and 148 deaths from the illness.

*** Watch the video above for Halloween safety guidelines this year***

WASHINGTON (AP) — With a bit of rejiggering, President Donald Trump and first lady Melania Trump played host Sunday to hundreds of superheroes, unicorns, skeletons and even a miniature version of themselves as part of a Halloween celebration at the White House.

As Kent prepares for Halloween, residents skeptical people will comply with COVID-19 ordinance

3 suspects wanted after car, credit cards stolen from 72-year-old man whose wife is at Cleveland Clinic