This is an archived article and the information in the article may be outdated. Please look at the time stamp on the story to see when it was last updated.
SOLON, Ohio — A Solon police cruiser on Monday “decided to catch on fire,” the police department wrote on its Facebook page. It was parked at Orchard Middle School on Som Center Rd. Police said, due to ammunition “exploding” in the vehicle from weapons inside the cruiser, children at the school were moved to the gym area on the other side of the building. 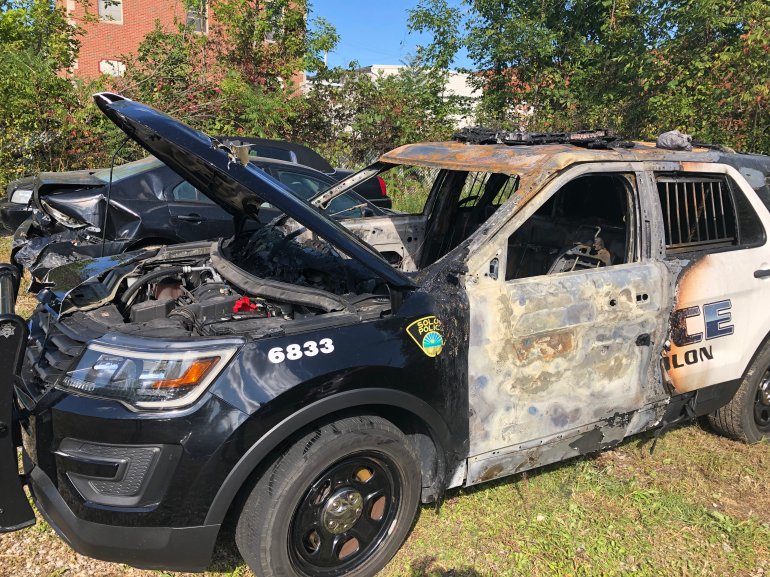 There were no injuries. Police released video of the cruiser on fire; they also released body cam video in which you can hear some of the ammunition exploding. **You can see both of those videos in this story***
41.389776-81.441226

HOUSTON (AP) — For more than seven years, no one has known what happened to $600,000 in checks and cash that was stolen from a safe at Pastor Joel Osteen’s Houston megachurch, which has one of the largest congregations in the country.

Now, there’s a possible plot twist in the case: The money might never have left the church and a plumber could have helped solve the mystery.

It was a special concert celebrating the life of this Northeast Ohio rock star.

(WJW) - Even as COVID-19 cases soar and the omicron variant spreads rapidly around the world, some people are still eager to travel.

John Carroll University sophomore Josephine Schierloh is part of a group of students preparing for a two-day trip to the Arizona/Mexico border during winter break in January.

Man charged after woman struck by truck, killed at crosswalk

‘Ethan, don’t do it’: Parent of suspect sent disturbing text before school shooting