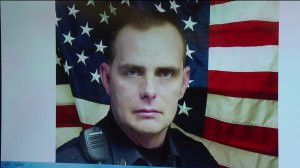 UNIONTOWN, Ohio -- Stark County authorities have identified the officer hurt in a police-involved shooting in Uniontown.

They also identified the suspect, who was shot and killed by police.

Sgt. David White was the officer shot at least four times during the incident Sunday night, according to the Stark County Sheriff's Office.

It all happened after police were called to a home on Lela Avenue N.W.

When they arrived, they were confronted by Ryan Allen Probst, 28, who had a history of confrontations with police.

He then fired a number of shots at the officers, authorities say, hitting White.

White was taken to the hospital, and after surgery is listed in stable condition.

SANDUSKY, Ohio (WJW) -- Sandusky police have issued warrants for a man wanted in connection to a shooting that left four people hurt.

According to the department, it happened just after midnight near Hancock St. and Neil St.

According to the department's Facebook post, Anaea Fikes is 5'6", weighs 160 pounds and has brown hair and brown eyes.

The briefing comes one day after he nominated Judge Amy Coney Barrett to fill the late Justice Ruth Bader Ginsburg’s seat on the Supreme Court.

History made with female coaches, official during Browns game

Cleveland police searching for missing sisters said to be endangered

Dwayne ‘The Rock’ Johnson: Joe Biden is ‘the best choice to lead our country’

Military suicides up as much as 20% in COVID era