YOUNGSTOWN, Ohio — Sixteen men have been arrested in an undercover sting.

According to a press release from Ohio Attorney General Dave Yost and Mahoning County Sheriff Jerry Greene, the arrests are part of an undercover operation targeting predators who were trying to sexual exploit children.

The suspects were all taken into custody over the last three days as part of an investigation by the Mahoning Valley Human Trafficking Task Force. According to the release, this is the second undercover sting operation this year in the Youngstown area; an operation in March led to the arrests of eight men.

“This trap will be laid time and time again until the message reverberates – don’t buy sex in Ohio,” Yost said in the release. “Task forces are a force multiplier and their success is evident in the number of criminals taken off the street.”

David Frattare, commander of the  Ohio Internet Crimes Against Children Task Force, said, “We will continue to do everything in our power to identify and apprehend these individuals before they come in contact with real children. Operations such as these should serve as a reminder that offenders will go to great lengths to exploit popular social media networks and mobile applications to gain access to children for their own sexual gratification.” 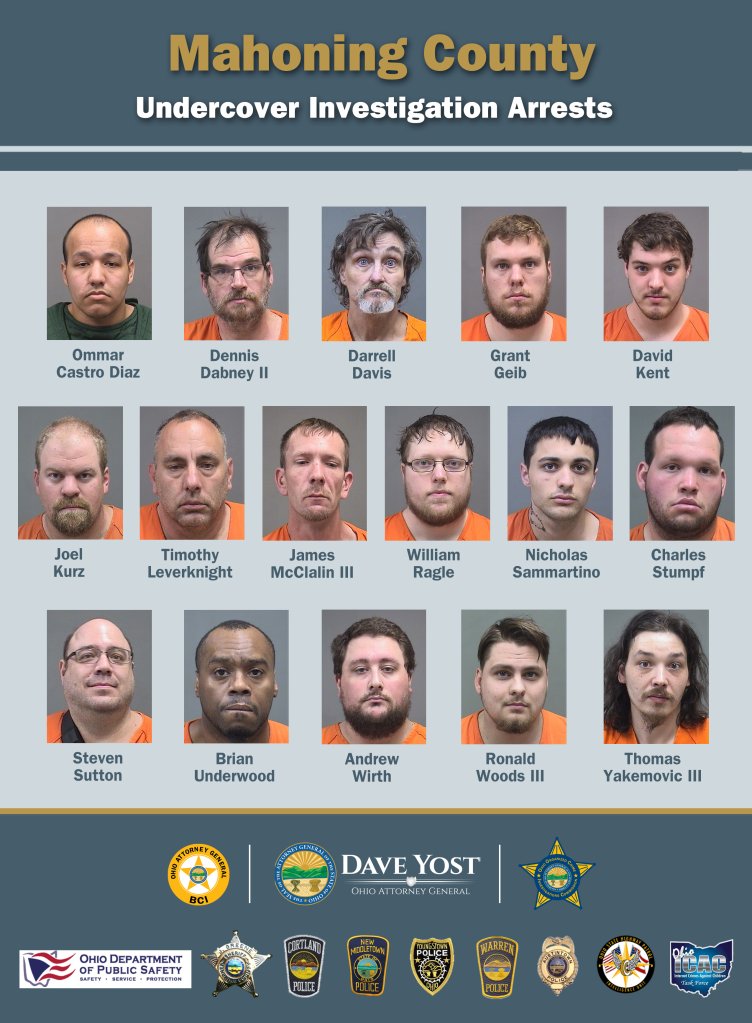 The men all face felony charges. The following were arrested on charges of importuning, attempted unlawful sexual conduct with a minor and possession of criminal tools:

President Trump to extend unemployment benefits through end of the year