OGALLALA, Neb. — Authorities have arrested a truck driver involved in a fiery crash that killed a young Minnesota couple and their three children in western Nebraska. 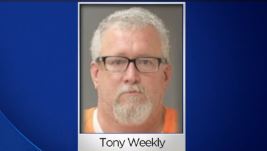 The patrol hasn’t released the names of those killed, but relatives identified them to the Omaha World-Herald as Jamison and Kathryne Pals of St. Paul and their three children, Ezra, Violet and Calvin, aged, 3, 1 and 2 months. Karen Pals, a sister-in-law from Eau Claire, Wisconsin, says they were traveling to Colorado for missionary training.

Six people in the other vehicles were hospitalized.

The driver was arrested for suspicion of vehicular homicide.

CLEVELAND (WJW) -- Schools are announcing commencement plans, just one day after Governor Mike DeWine announced that “graduations and proms” would be permitted this spring.

This comes after most ceremonies were either canceled or done virtually due to the coronavirus pandemic last year.

CLEVELAND (WJW) -- Sam McNulty is just days away from opening his establishments in Ohio City. That means hundreds of workers will return to work after being furloughed since November.

‘It was quite harmless, very quick’: Queen Elizabeth gets COVID vaccine, encourages others to do same

Eyes to the sky: Full snow moon, trifecta of planets visible this weekend

I-TEAM: Senator Brown calls out head of US Postal Service