LOS ANGELES – Actor Harrison Ford was injured Thursday after crash-landing a small plane on a golf course in California.

Los Angeles Fire Department Assistant Chief Patrick Butler, who wouldn’t name the patient, said the pilot suffered moderate trauma and was “alert and conscious” when he was taken to the hospital.  TMZ said two doctors, who just happened to be at the golf course, rushed over to help Ford.

“Harrison was flying a WW2 vintage plane today which had engine trouble upon take off. He had no other choice but to make an emergency landing, which he did safely. He was banged up and is in the hospital receiving medical care. The injuries sustained are not life threatening, and he is expected to make a full recovery,” Ford’s publicist said in a statement.

Ford is reported to be in fair to moderate condition. His son, Ben, tweeted that his dad is battered, but ok.

The plane hit a tree as it landed, officials said. It landed on its belly with the left wing touching the ground. There is a mark in the ground behind the plane where the aircraft sliced into the grass. 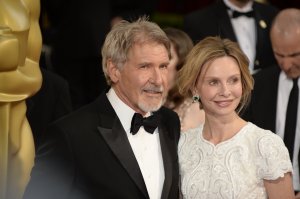 The 72-year-old actor was in a two-seat 1940s-era military trainer that went down on Penmar Golf Course near Santa Monica Airport, according to reports.

The National Transportation Safety Board said the plane was a Ryan Aeronautical ST3KR.

It is not the first crash for the star of the “Star Wars” and the Indiana Jones film franchises.

In 1999, he had to make an emergency landing in a California riverbed while flying a helicopter.

He missed time during the filming of “Star Wars: Episode VII” last year in Buckinghamshire, England, when he broke one of his legs on the set.

Follow our affiliate KTLA for more on this crash.

‘I am George Floyd’: OBJ among NFL players in video calling on league to condemn racism, support black players

(CNN) -- Several NFL players have released a powerful video titled "Stronger Together" that calls on the league to condemn racism and support black players.

(CNN) -- President Donald Trump on Thursday shared a letter on Twitter that referred to the peaceful protesters who were forcibly dispersed from a park near the White House on Monday evening as "terrorists."

The letter from veteran attorney and former Trump lawyer John Dowd appears to be addressed to former Secretary of Defense James Mattis and rebuts Mattis' Wednesday statement castigating Trump's response to the nationwide protests after the death of George Floyd at the hands of a Minneapolis police officer.

VALLEY VIEW, Ohio (WJW) – The Ohio State Highway Patrol is investigating a deadly motorcycle crash. It happened on the Valley View bridge around 9 p.m. Thursday. Troopers say a man driving a motorcycle veered off the left side of the road, hit a concrete barrier, and was ejected. He was wearing a helmet and was pronounced dead at the scene. Troopers say speed is believed to be a factor…

‘I am George Floyd’: OBJ among NFL players in video calling on league to condemn racism, support black players

Zoos, movie theaters, and other entertainment venues allowed to reopen next week in Ohio