CLEVELAND, Ohio --The Cars have pulled into the Rock & Roll Hall of Fame.

The pioneering new wave band, which crafted catchy pop songs into Top 40 hits, was inducted Saturday by Brandon Flowers, lead singer of The Killers. Flowers recalled the first time he heard The Cars while growing up in a tiny, "no stoplight" town in Utah, saying "40 years later they still sound like a new band to me."

Founded in Boston, The Cars had a strong connection to Cleveland, the hometown of late bassist Benjamin Orr, who sang lead vocals on some the band's biggest hits like "Just What I Needed," ''Bye Bye Love" and "Drive." 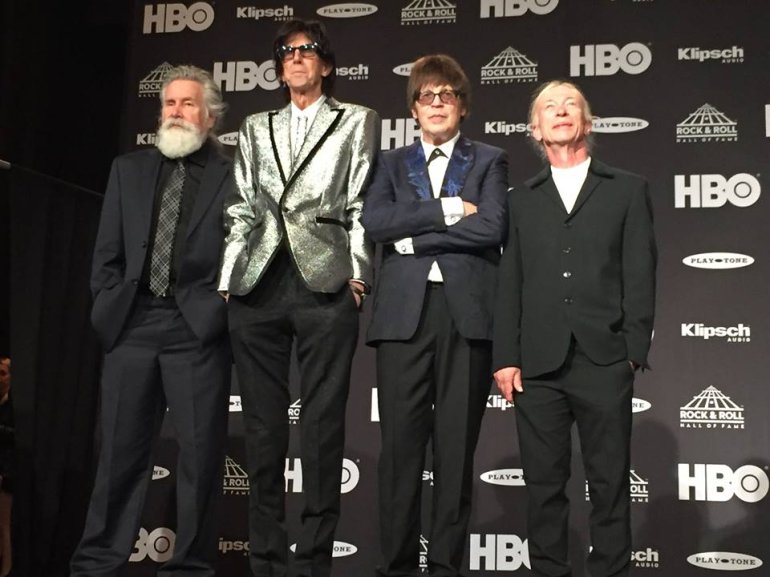 Orr died in 2000, but each of the band members acknowledged his impact, with lead singer Ric Ocasek saying "it feels strange being up here without him."

Backstage, Ocasek talked about his Cleveland roots and how it feels to be honored here.

"I went to high school here," he said. "First time I ever played in front of people, I tried to find a place where no one would really know me, so I went to Hootenanny's and I played there ... (I think it was down by Case Western Reserve) so I played the first time there...and here I am here... how many years later. So that's a weird scene."

Read more on this year’s inductees below:

Sister Rosetta Tharpe, the first guitar heroine of rock and roll, was also chosen for the Award for Early Influence.

More stories on the induction.

More from the Rock Hall.

Butler County sheriff: ‘I am not the mask police’

HAMILTON, Ohio (WJW)-- Butler County Sheriff Richard Jones had a clear message for residents: His deputies will not be enforcing the state's mask mandate.

Ohio Gov. Mike DeWine announced masks will be mandatory in public for people in seven counties with higher risk for coronavirus. It goes into effect at 6 p.m. Wednesday for the counties in the red level of the Ohio Public Health Advisory Alert System: Butler, Cuyahoga, Franklin, Hamilton, Huron, Montgomery and Trumbull.

CLEVELAND, Ohio (WJW) — While indoor movie theaters are allowed to open in Ohio (as seen in the video above), many still have not in an abundance of caution due to COVID-19.

Atlas Cinemas, which is one of the few chains that has chosen to open in the area, is now offering a new service where families (or groups of friends) can rent out a whole movie theater.

All stores that will close are located in Speedway gas station convenience stores.

Butler County sheriff: ‘I am not the mask police’

Your chances of getting fined for not wearing a mask

How risky is dining out during the COVID-19 pandemic?