SYDNEY, AUSTRALIA – An 18-year-old girl who had escaped from an Australian correction center responded to police after her mug shot was posted on Facebook.

She asked them to please, use a better picture of her. She even provided the picture for them.

Amy Sharp escaped from Surry Hills Corrective Services Cell Complex on August 19th. So the police released her mug shots to the media and asked the public to be on the watch for her.

That was when Sharp went on a TV station’s Facebook page and asked them, very politely, to use a different picture of her. 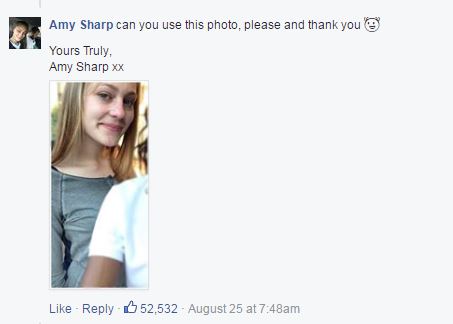 It also raised the idea that police might be able to use her posting to find out her whereabouts.

CLEVELAND (WJW) -- The CEO of drug company Moderna announced this week that they will make a third booster shot for the two-dose vaccine available by the fall.

Studies show their vaccine is more than 90-percent effective against COVID six months after the second shot, but it's still unclear how long immunity will last.

TRURO TOWNSHIP, Ohio (WCMH) -- Several people gathered at a vigil were shot and one was killed in Truro Township near east Columbus Saturday night, according to law enforcement officials.

According to the Franklin County Sheriff's Office Deputy Chief Jim Gilbert, several people were shot near a store on the 5000 block of Chatterton Road at approximately 7:38 p.m.

CHARLOTTE, N.C. (FOX 46) - The oldest living American and Charlotte resident, Hester Ford, has died at the age of 116, her family posted on Facebook Saturday night.

"It is with great sadness that we announce the passing of our beloved Mother Hester McCardell Ford today," the statement read. "She was a pillar and stalwart to our family and provided much-needed love, support and understanding to us all. She was the seed that sprouted leaves and branches which is now our family."

‘PTO break’: Ohio restaurant temporarily closed to give workers chance to get vaccinated

This state will offer COVID vaccines in airports