The Wisconsin man accused of kidnapping Jayme Closs and killing the teenager’s parents called a reporter from jail. 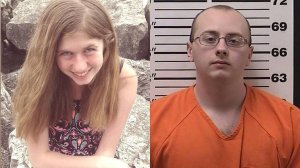 Patterson has corresponded with several reporters from jail.

In his most recent exchange, he called reporter Jennifer Mayerle of WCCO in Minneapolis.

“I love her,” he said of Closs in a brief phone call.

Patterson also said he wants to talk to Closs.

“Part of me, like, really knows I shouldn’t be [expletive] talking to you. But like, I just didn’t wanna cause any more trouble,” he said.

“We were just watching TV, playing board games, talking about stuff,” he said.