SHARE
This is an archived article and the information in the article may be outdated. Please look at the time stamp on the story to see when it was last updated.
CLEVELAND — A former Lorain man who confessed to  more than 90 murders committed over some 30 years has been indicted on two murder charges in Cleveland. Convicted serial killer 78-year-old Samuel Little was serving a life sentence in California after being convicted of three murders in 2013.  In 2018, Little was extradited to Texas where he pleaded guilty to a fourth murder and received another life sentence. While incarcerated in Texas, Little admitted to committing numerous other murders that included five Ohio women.  Three of those victims lived in Cleveland. Friday, Little was indicted for murdering two Cleveland women in 1984 and 1991. The Cuyahoga County prosecutor said the 1984 murder occurred in either May or June of that year.  Little reportedly walked into a bar near E. 105th Street and Euclid Avenue and met 21-year-old Mary Jo Peyton.  After leaving the bar together, officials say Little drove her to an abandoned factory and strangled her to death.  He dragged her out of the vehicle and threw her body down a basement stairwell. Peyton’s body was discovered on July 3, 1984 by two employees of a nearby business. On or around August 24, 1991 Little met 32-year-old Rose Evans while driving around the E. 55th Street and Central Avenue area.  He allegedly offered her a ride and instead took her to a vacant lot near E. 39th Street.  Officials say he killed Evans in the car by strangling her.  He hid her body under two tires in the lot. 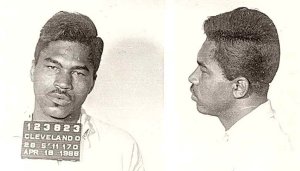 Evans’ body was discovered by a bystander on the morning of August 24. The prosecutor says Little’s alleged third victim has not been identified or found, however law enforcement is currently investigating. Little has been charged with four counts of aggravated murder and six counts of kidnapping.  A warrant has been issued for his arrest. He will be arraigned at a later date and faces a sentence of life in prison without the possibility of parole. Little, who often went by the name Samuel McDowell, grew up with his grandmother in Lorain, Ohio. His criminal history shows his first arrest came at age 16 on burglary charges.  If the number of killings Little claims to have committed proves true, it would make him one of the most prolific killers in U.S. history. Continuing coverage, here.
41.502201-81.696857

‘We are ready’: Cleveland football team hopes to …

‘The need is huge this year’: Nonprofit looking for …

Will anything be done to stop Hopkins Airport intruders?

‘These criminals are pretty savvy’: Police warn of …

Hopkins Airport breaches: Will anything be done?

Even though Black Friday and Cyber Monday are over, …

These 25 deals were the most shopped among BestReviews …

The best gifts for 5-year-olds

The best gifts for 10 year olds