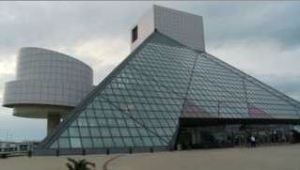 Thursday, the hall released its final schedule of events to celebrate; they start April 8 and end with the induction ceremony on April 18 at Cleveland’s Public Hall.

Paul McCartney, Stevie Wonder and John Mayer are just a few of the presenters. Beck, Dave Grohl and John Legend are among those who will perform at the ceremony.

The other events are:

— 1:30 p.m. Wednesday, April 8: Representatives from the Rock and Roll Hall of Fame along with city officials will help kick-off Cleveland Rock Week during a press conference inside the museum’s Foster Theatre.

— 9 a.m. Saturday, April 11: “Celebration Day” features free admission to the Rock Hall and includes live music, a variety of food vendors, arts and crafts, programming, special presentations, the opening of the 2015 Inductee Exhibit and much more. The day will culminate with an 8 p.m. Rock N’ Blast fireworks show at Voinovich Park presented by the Cleveland Indians and Downtown Cleveland Alliance that will feature inductee-inspired music and video synchronized to pyrotechnics, lasting approximately 25 minutes.

— 7:30 p.m. Sunday, April 12: The Rock Hall will honor seven-time Grammy winner Andraé Crouch in a tribute to rock’s gospel roots called “Rock My Soul: A Gospel Music Celebration.” Performers will include Marvin Winans, CeCe Winans and Donnie McClurkin. The show is sold out.

— 7 p.m. Tuesday, April 14: As part of the Rock Hall’s 20th anniversary, the museum is staging a regular music showcase that highlights up and coming artists from around the world. This particular show will feature Foxygen, an indie rock duo from California, with opener Alex Cameron.

— 8 p.m. Saturday, April 18: The 30th annual Rock and Roll Hall of Fame Induction Ceremony returns to Cleveland’s Public Hall. The Class of 2015 is the Paul Butterfield Blues Band, Green Day, Joan Jett & the Blackhearts, Lou Reed, Stevie Ray Vaughan & Double Trouble and Bill Withers, all in the performer category. This year’s class also recognizes the “5” Royales with the early influences award, and Ringo Starr with the Musical Excellence Award. The show is sold out.

— 8 p.m. Saturday, April 18: Yes, the ceremonies at Public Hall are sold out, but the public can still watch them live. The “Official Simulcast Party” will air on a screen on the Klipsch Audio Stage in the main level of the Rock Hall and on screens throughout the building. Exhibits will be open to tour during the party and there will be a cash bar and concession stands. Tickets, $22, are available at rockhall.com.

For more information on all the Rock Hall events and performers, CLICK HERE.

**Count on FOX 8 for complete coverage during Rock Week both on-air and here on FOX8.com**

Officers lost in the line of duty remembered during Cleveland ceremony

CLEVELAND (WJW)-- Police officers who gave their life while protecting the public were honored Monday night in downtown Cleveland.

PACIFICA, Calif. (KRON) - The father of two young children found dead in his Nebraska home was arrested in California over the weekend.

WALDORF, Md. (AP) — A spokeswoman for a Maryland sheriff's office says two of its deputies were shot and wounded while trying to serve a warrant.

Charles County Sheriff's Office spokeswoman Diane Richardson says deputies responded to a call from a home in Waldorf about a man who the caller wanted out of the house.

OSHP: Drugs, alcohol may have been a factor in Wayne County crash that killed 1, hospitalized another

Defendant kills himself in courtroom after hearing verdict

New dog collar claims to help owners communicate with their pets: FOX 8 put it to the test

‘Somebody’s going to lose their life over a car’: Search for violent carjacking suspects continues

‘So I raped you.’ Facebook message renews victim’s fight for an arrest