CLEVELAND, Ohio --The FOX 8 I-Team has learned that a warrant has been issued for the father of a 2-month-old baby boy found abandoned on Cleveland's west side.

Police say the infant was found on the sidewalk at the corner of West 80th Street and Lorain Avenue Monday around 9:15 p.m.

A passerby found the baby and called police. The baby was taken to Fairview Hospital to be examined. He is now being cared for at the Jane Edna Hunter Center.

Police say the boy's father, DeShawn Holiday, had custody of the child. A child endangering warrant has now been issued for his arrest.

On Tuesday, FOX 8's Jack Shea obtained surveillance video of the baby being left behind. You can watch his report in the video above. 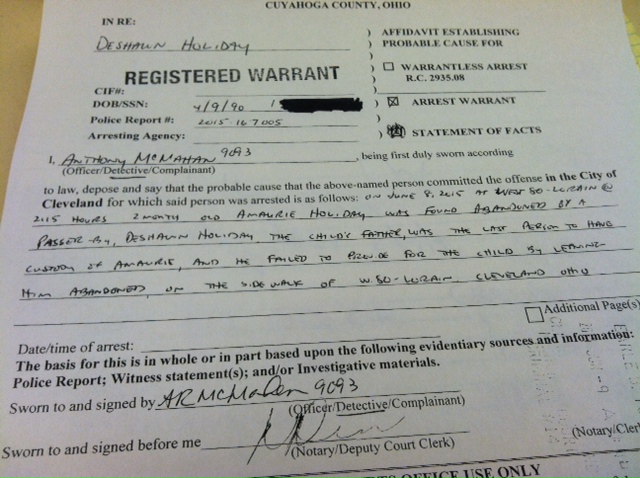 Ohio sees an additional 1,358 reported cases of coronavirus in one day

There were 64,214 total confirmed and probable cases of COVID-19 in the state, which is an addition of 1,358 reported cases, along with a total of 3,036 reported deaths (up four from yesterday).

ATLANTA, Ga. (CNN) -- Former President Jimmy Carter and former first lady Rosalynn Carter on Saturday urged the American people to "please wear a mask to save lives" as some parts of the country continue to see a surge in coronavirus cases. (Watch the video above for more on the surge.)

The couple's Atlanta-based charity, the Carter Center, posted a photo on Twitter Saturday of the pair wearing white masks printed with the center's logo. The picture was paired with a straightforward plea.

Second stimulus check: Some senators not ready to commit to direct payments

WASHINGTON (NEXSTAR) -- While Senate Majority Leader Mitch McConnell has said the Senate will discuss a second stimulus package and President Donald Trump has vowed it will happen "soon," it remains unclear whether a direct payment or check will be part of that process.

Democrats are urging for another round of money to be sent to Americans while Republicans aren't ready to commit to the idea.

Ohio sees an additional 1,358 reported cases of coronavirus in one day

Second stimulus check: Some senators not ready to commit to direct payments

Expect storms through the weekend, along with cooler temps in Northeast Ohio