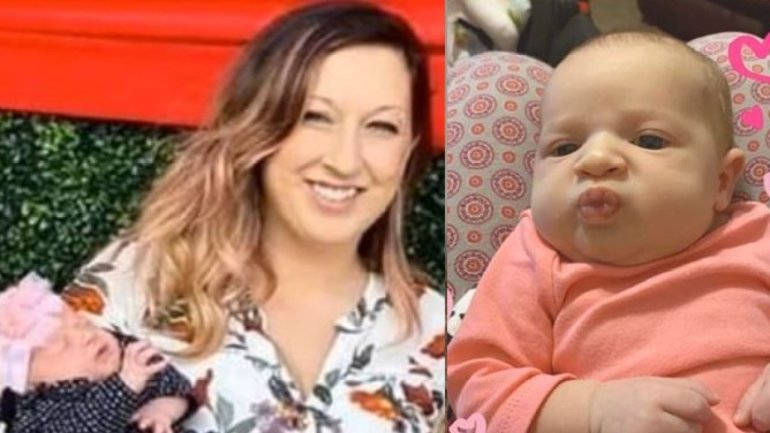 AUSTIN (KXAN) — A mother and her infant daughter are missing, and Austin police are asking for the public’s help finding them.

Heidi Broussard and her 2-week-old daughter Margot Carey were last seen Thursday at 7:30 a.m. when Broussard dropped off another child at Cowan Elementary School. Police believe they returned to their home near West William Cannon Drive and South First Street afterward, but they haven’t been seen since.

Austin police provided this photo of Broussard from Thursday morning at Cowan Elementary. The clothing pictured is what she is believed to have been wearing when she was last seen, according to police.

Anyone with information on the whereabouts of Heidi Broussard or Margot Carey should call the Austin Police Department.

Broussard’s friends have been looking for her and sharing her photo since last night.

In addition to the details provided by police, her friends say online that when Broussard’s husband arrived home, her vehicle, purse and baby bag were all there but the door was wide open and she and the baby were missing. Police have not confirmed that.

Her friends say they have contacted all of her other friends but no one has seen or heard from her.

DAVENPORT, Iowa (AP) — Police have arrested a suspect accused of shooting a man in the parking lot of an eastern Iowa funeral home where he was attending the funeral of his 8-year-old son, who died of cancer.

(CNN) -- The US Food and Drug Administration has expanded its warning about hand sanitizers to avoid, with the list now topping 100.

Sixteen were on board the AAV when crew members reported they had taken on water during shore-to-ship operations near San Clemente Island around 5:45 pm PDT Thursday, the 15th Marine Expeditionary Force said in a release Sunday.

‘Feels just as good as it did at 104’: Oldest living Marine celebrates 105th birthday with drive-by salute

Parma City Schools will be remote for first 9 weeks

As a new week begins, here’s why you don’t have that second stimulus check