MADISON COUNTY, Ohio (WCMH)-An Ohio State Highway Patrol trooper is in stable condition after suffering serious injuries when he was struck by a van along Interstate 70 and U.S. 42 in Madison County early Thursday morning.

Jason R. Hofmann, who was assigned to the West Jefferson Post, was outside the patrol car on the berm in a reflective vest taking pictures of a crash that already had a lane closed when he was hit by a tan Chevrolet Astro van traveling southbound on U.S. 42. Hofmann sustained serious injuries and was taken to The Ohio State University Wexner Medical Center by med flight.

The driver of the van Cynthia Faulk, 64, of Plain City, drifted off the right side of the road and struck Hofmann at about 6 a.m. on Thursday, troopers said.

Thursday afternoon, Ohio State Highway Patrol said Hofmann remains stable. It appears he did not suffer any internal injuries but did sustain an injury to his back and hip.

Faulk was not injured in the crash.

The crash remains under investigation. 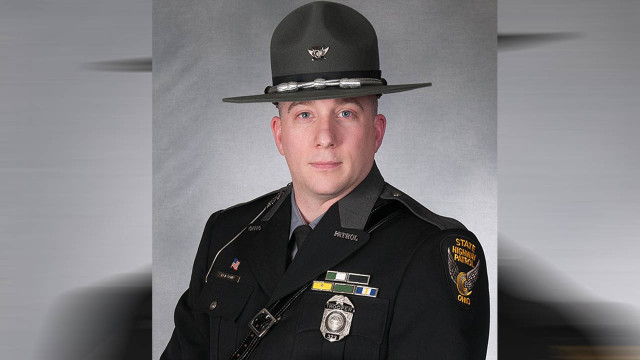 **Continuing coverage on this story here**