CLEVELAND — The medical examiner on Friday confirmed the human remains found earlier this week buried in the backyard of a home on West 80th are those of Jordan Rodriguez, 5, of Cleveland.

The cause of death remains under investigation. Court documents said the remains showed signs of abuse, including broken ribs. 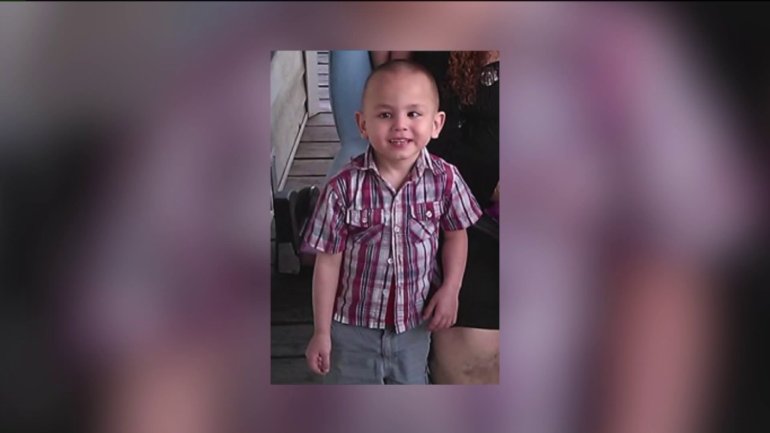 The mother accused of killing her little boy appeared in court Friday morning.

Larissa Rodriguez is facing a murder charge in the death of her son, who died in September, court documents said. Her bond was set at $1 million and her next court date is Dec. 29.

Detectives began investigating the case after receiving a call from Pakistan on Monday. The caller said Larissa Rodriguez and her boyfriend, Christopher Rodriguez, buried the boy in the backyard of the West 80th Street home they shared. That’s according to the police report.

The child had not been seen alive since September. According to the Cuyahoga County Prosecutor’s Office, he suffered from multiple ailments and his mother failed to get him medical attention.

Larissa Rodriguez has nine children and is pregnant. A Cuyahoga County spokeswoman told FOX 8 child welfare case workers have dealt with Rodriguez since 1999. The complaints range from neglect to physical abuse.

Christopher Rodriguez. is in the Medina County Jail on an unrelated charge and has not been charged in this case. We are told police went to Medina Friday to talk to him.

Continuing coverage on this story here

Weather clickable for a Saturday evening

FNTD scores are in: Highlights from state semifinals

Putting up Christmas lights? A look at the weekend …

There’s no need to stand in line when traveling

These discounted stocking stuffers are worth buying …

Best Black Friday deals that are half-priced or better

Best deals on popular gifts that will arrive in time …

How to wrap a present

Black Friday gifts and essentials to buy for yourself

Start your Cyber Monday shopping now with these early …