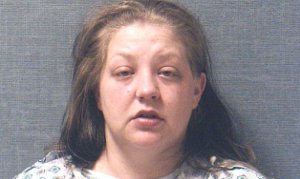 CANTON, Ohio — A Canton woman faces murder charges after calling 911 to report she’d cut her children’s throats before cutting her own wrists Tuesday.

She’s heard in the 911 call saying: “I cut my children’s throats, and then cut my wrists, please help my children.”

When officers arrived to her Miami Court N.E. home, Auman did have cuts to her wrists. Her two female children, ages 10 and 7, had non life-threatening cuts on their necks.

All three were taken to Mercy Hospital for treatment. The children were then transported to Akron Children’s Hospital.

Auman was treated and later booked into the Stark County Jail.

CUYAHOGA FALLS, Ohio (WJW) -- The pandemic shut it down, but now after a very long 17 months, live Rock-n-Roll music is returning to Blossom Music Center this weekend in Cuyahoga Falls with James Taylor and Jackson Browne performing.

The Cleveland Orchestra returned to the venue in early July, but this is the first Live Nation concert, finally kicking off the summer series.

According to police, at around 7:30 p.m., officers responded to the park for reports of a vehicle driving erratically and shots fired.

**In the video, above, more on the CDC's updated mask guidance**

LAS VEGAS (KLAS) – A Las Vegas father who contracted COVID-19 while on vacation texted his  fiancée from the hospital, “I should have gotten the damn vaccine,” she later told Nexstar's KLAS.

Man killed, several others injured after being stung by swarm of bees

Best way to get the season started: Fans are back at Browns training camp

Disney will require employees to be fully vaccinated

What are the symptoms of COVID-19 if you’re vaccinated?

Stimulus checks: Where do we stand on more payments?