ROOTSTOWN TOWNSHIP, Ohio — Charges have been filed against a man accused of setting a Portage County Sheriff’s sergeant on fire Thursday night.

Jay Edward Brannon, 49, of Atwater, faces charges of attempted aggravated murder and aggravated arson in the case. He also faces felony drug charges that led up to the incident.

According to a press release, authorities were attempting to serve felony warrants on Brannon in a property at 3964 state Route 44 in Rootstown at around 6:45 p.m. Thursday. He allegedly was found crouched down in front of a pick-up truck that was in the process of being repaired.

Brannon then ignited a can of flammable liquid and “proceeded to make threats that he was going to ‘kill the cops”,’ according to the release. He also made comments that he wanted officers to kill him. He threw the ignited can of liquid at officers, striking Sgt. James Acklin. 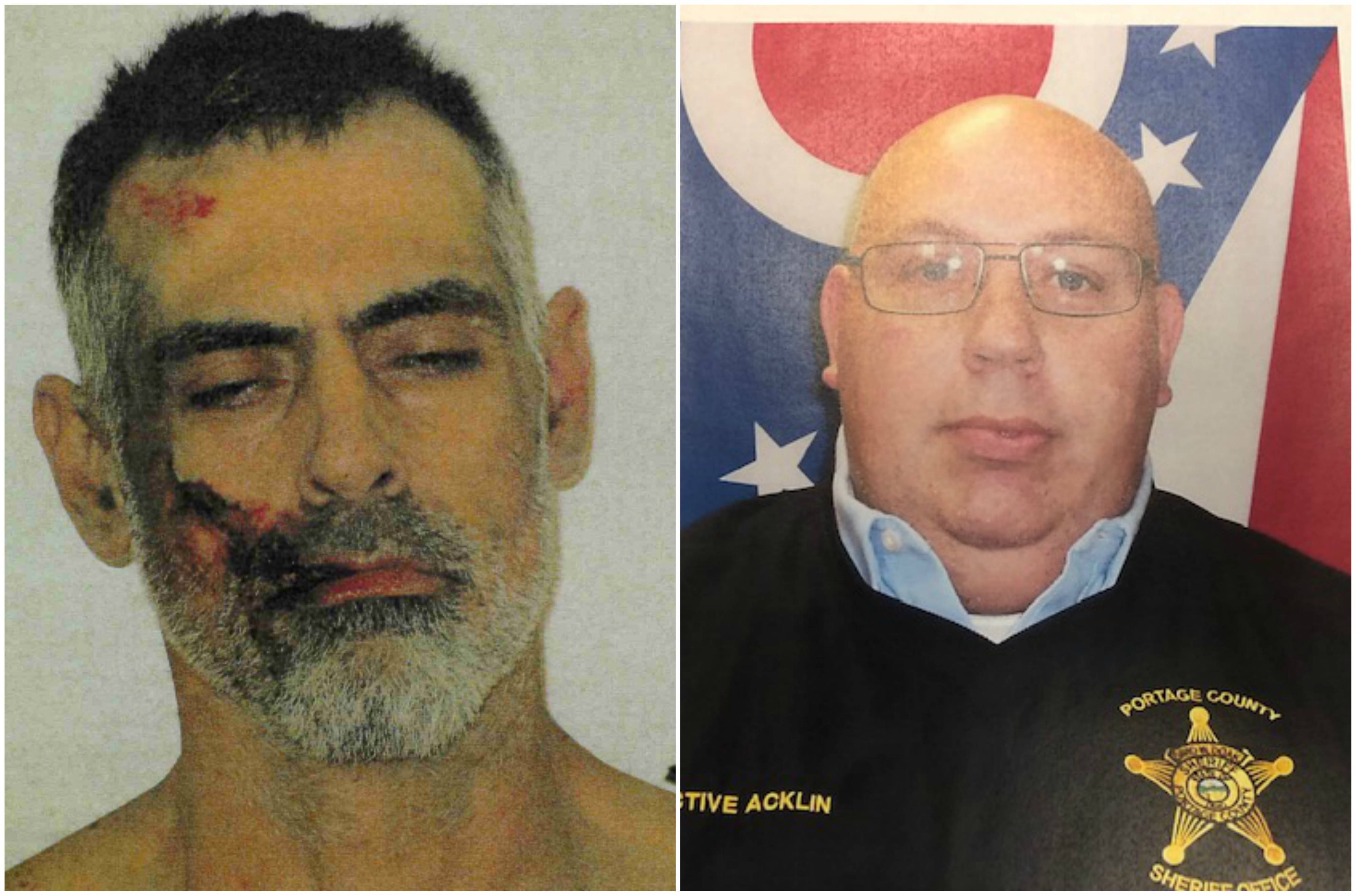 Acklin, with his clothing on fire, retreated through a man door. Other authorities helped him extinguish the flames.

Brannon, according to the release, then charged the other officers still in the building and attempted to assault them. They were able to get him outside and take him into custody.

Acklin, who suffered severe burns, was taken to the burn unit at Akron Children’s Hospital. The sheriff’s office is not releasing his condition but said he suffered burns on more than 20 percent of his body.

Two other officers were treated and released for smoke inhalation.

The Rootstown Fire Department was able to contain the fire to the outside structure of the building involved.

Michael Moore, 59, of Ravenna, was also arrested at the scene for unrelated drug charges.

Brannon was arraigned in Ravenna Municipal Court Friday afternoon and plead not guilty to the charges against him.  Bond was set at 1 million dollars.

He is due back in court next Friday.

Meanwhile,  Moore is being held in the Portage County Jail.

Two Ohio men, including one from Columbus, charged in Capitol riots, one accused of stealing coat rack

COLUMBUS (WCMH) – Two Ohio men have been charged in connection with the insurrection at the Capitol Building in Washington D.C. earlier this month.

According to court documents, Robert Lyon and Dustin Thompson were waiting for an Uber near the Capitol Building shortly after the riots.

The bar, located in Northeast Ohio, was not cited for being open past curfew (which has been extended, as seen in the video above).

Emergency responders were first called to the 100 block of Buckeye Avenue around 6:15 a.m., after a 26-year-old woman was reportedly shot, police said. The victim was taken to a nearby hospital, but her injuries were considered non-life threatening, police said.

Two Ohio men, including one from Columbus, charged in Capitol riots, one accused of stealing coat rack

Majority of U.S. Catholics say abortion should be legal in most cases, survey shows

Off by one number: Missouri girl inundated with phone calls from Arizonans looking for vaccine

Message in a bottle discovered decades after it floated away