CLEVELAND-– A man accused of taking his then-5-year-old son from an Alabama home in 2002 and creating a life for them in Cleveland under new identities was sentenced on Wednesday. 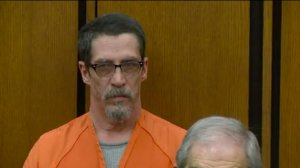 “Growing up without my mother was tough, but taking my father from me now is doing the same thing,” the teen told the judge. “I don’t know what to say except don’t send my father to jail.”

Hernandez has not been able to talk by phone or visit with his son for the past few months. A no contact order was issued a few weeks after his arrest.

The 53-year-old Hernandez was arrested in November after his son was applying for colleges and a guidance counselor learned his son was on the national registry of missing children.

His attorney said Hernandez resides with his fiancée, her three children of her own and a 3-year-old daughter. He was employed full-time at Traveler Custom Case Manufacturing before his arrest.

Cuyahoga County Prosecutor Tim McGinty said Hernandez was abusive and lied to the boy’s mother as she spent years searching for her missing son.

Restaurant owner says ‘being unvaccinated’ now a requirement for service

(NEXSTAR) – The owner of a restaurant in California claims his eatery will now be requiring proof of “being unvaccinated” before allowing patrons to enter.

Basilico’s Pasta e Vino, in Huntington Beach, had posted signs near its entrance informing customers of its new policy this week. The notices, which have also been shared to the restaurant’s social media pages, appear to suggest that vaccinations are both “anti-American” and “stupid.”

DES MOINES, Iowa (WHO13) – Joey Jordison, founding member of the band Slipknot, has died at the age of 46, according to a statement from his family to entertainment news outlets.

A representative for Jordison's family told Rolling Stone he died peacefully in his sleep. His family did not disclose a cause of death.

NORTHEAST OHIO (WJW) — The Centers for Disease Control and Prevention has changed its masking guidance, now recommending vaccinated people wear masks indoors in places where the coronavirus is surging — mostly due to the delta variant — across the country.

But where are these surging areas?

Cleveland Clinic named No. 2 in the nation again by US News & World Report