CLEVELAND– The brother of Malissa Williams, Alfredo Williams, spoke out immediately following the not guilty verdict in the trial of officer Michael Brelo.

Brelo had been charged with two counts of voluntary manslaughter in the deaths of Malissa Williams and Timothy Russell. 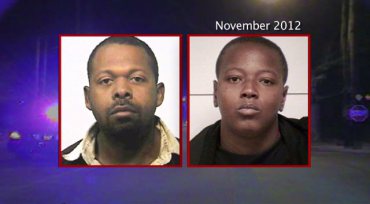 On Nov. 29, 2012, Cleveland Police Officer Vasile Nan thought he heard a gunshot while he was outside of his cruiser on St. Clair Avenue near the Cuyahoga County Justice Center, and pursued a blue car. The resulting police chase lasted 22 minutes, and involved more than 60 police cars and more than a hundred officers. It stretched through downtown Cleveland, into the Tremont neighborhood and at high speeds on Interstate 90 before ending at Heritage Middle School in East Cleveland.

In the school parking lot, 13 Cleveland officers fired a total of 137 shots at Russell’s 1979 Chevrolet Malibu. Investigators from the Ohio Bureau of Criminal Investigation said 49 of those shots came from Officer Brelo’s Glock 17. His final 15 shots were fired from the hood of the suspect’s car.

According to the Cuyahoga County Medical Examiner’s Office, Russell suffered 23 gunshot wounds and his passenger, Williams, was shot 24 times.

Field of Dreams Game: How to watch

‘Not enough’ monkeypox vaccines: The latest on Ohio’s …

Armed person tried to break into FBI office in Cincinnati

Field of Dreams Game: How to watch