GARFIELD HEIGHTS, Ohio -- A jury on Friday recommended the death penalty for the man who was convicted of killing two teenagers in Garfield Heights in 2018. 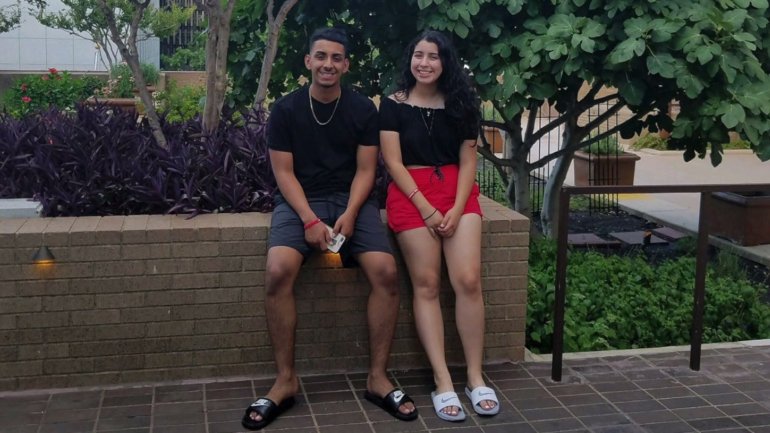 On Oct. 11, the jury found Nicholson guilty of aggravated murder for the deaths of the two teenagers, and attempted felonious assault on their mother.

According to the prosecutor's office, on Sept. 5, 2018, Nicholson got off work and drove to a house owned by his girlfriend near E. 86th St. and Garfield Blvd. in Garfield Heights.

Nicholson argued with her about another relationship and authorities said he attacked her in a bedroom, strangling her and striking her in the face several times.

The victim's teenage son tried to stop the attack and a struggle happened between him and Nicholson.

The prosecutor's office said the mother separated them; the teen then called police while Nicholson got a gun.

“The heinous facts in this case led us to seek the death penalty. With this result, it is clear the Jurors agreed with our decision,” said Cuyahoga County Prosecutor Michael C. O’Malley. “Our thoughts and prayers remain with the family of the teenage victims.”

The judge will consider the jury's recommendation for the death penalty when he imposes sentencing at 12:30 p.m. on November 13.

TWINSBURG, Ohio (WJW)-- Twinsburg police are hoping new DNA evidence will finally help them identify a man who was found murdered off Cannon Road 38 years ago to the day Tuesday.

The remains were found by an employee of a business that used to be located there, but has since been torn down.

DETROIT (WJW)-- Investigators found a high-powered rifle hidden behind an ice machine in a Detroit casino.

The situation started at about 7 a.m. Tuesday at the Greektown Casino when authorities responded to a fire alarm.

MAPLE HEIGHTS, Ohio (WJW)-- The Maple Heights Police Department is working to reunite a 17-year-old boy with his family.

Alante Ja'Miel Lemon was last seen on Sunday. Police said he may be trying to go to Kentucky on a charter bus.

Animal control says someone is dumping dogs in Brooklyn