A photo of Dave and Mackenzie Kaplan’s daughter has gone viral because of the infant’s thick mane.

Last Friday, Mackenzie Kaplan innocently posted a selfie posing with her daughter, Isabelle. The next day, friends and family began telling the San Francisco couple that other people were sharing the photo over various social media sites.

“My cousin Colin in Oregon texted me and said, ‘I think I may have caused this,'” Dave Kaplan told CNN.

The 2-month-old’s cousin posted the selfie on the social news networking site Reddit with the caption: “My baby cousin has hair that looks like a news anchorman.” The photo quickly became popular, making it to Reddit’s homepage.

The baby’s thick head of hair sparked a photoshop battle, which is a subreddit where users manipulate pictures and submit them to be voted on by other users.

The baby was compared to people such as Mario Lopez, who caught wind of the image and posted her on his Instagram with #BestHairEver

Of course, we had to see a side-by-side of Isabelle’s hair and our own Gabe Spiegel. She has him beat! 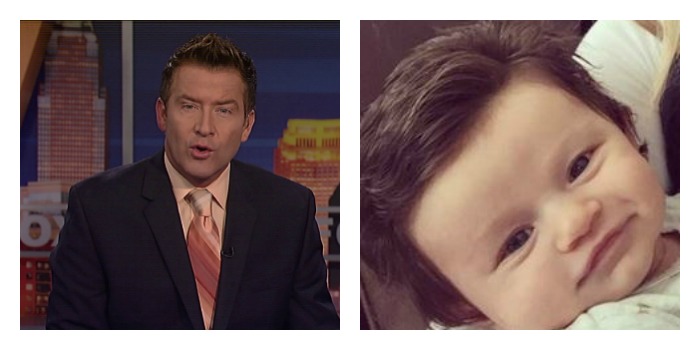 Others were jealous of her perfectly coiffed hair.

“How does this baby have better hair than me? I thought babies were bald,” commenter, Kristopher Hough, wrote.

A probable cause for baby Isabelle’s thick hair is genetics, according to Jennifer Shu, a pediatrician and co-author of “Heading Home with Your Newborn.” Dave Kaplan credits his side of the family for her locks.

“My mom said that at 3 months old my bangs were already going into my eyes,” Kaplan said.

The couple enjoyed seeing their daughter give so many people joy and found the photoshopped images “hilarious.”

“It’s just amazing how creative people are, and it was all in good fun so we got a kick out of it,” Kaplan said.

CLEVELAND (WJW)-- More than 90 percent of Ohio's economy is back open following the shutdown that started in March to slow the spread of coronavirus.

(See the state's response to coronavirus, reopening dates and more in the timeline below)

Lawmaker wants masks to be required in Akron; here’s what that would look like

She introduced it in April but as she pays attention to the coronavirus cases in Ohio and elsewhere starting to rise she hopes to introduce it in city council on July 13.

Editor's Note: The video above is about a unique Airbnb in Hocking Hills.

(WJW) – Airbnb will no longer allow people under 25 to rent houses unless they already have a positive track record with the site.

Lawmaker wants masks to be required in Akron; here’s what that would look like

Walmart turning 160 of its parking lots into drive-in theaters

Man who walked away from Euclid nursing home found dead

Young people are throwing coronavirus parties with a payout when one gets infected, Alabama official says

Man posts about regrets over attending a party in California; the next day, he died of coronavirus

A friendship to remember: A failed cattle dog and a downed calf won’t leave each other’s side