Skip to content
1  of  / 5
Breaking News
Breaking News
Five guidelines for reopening Ohio schools during coronavirus pandemic
1  of  / 5
Breaking News
Coronavirus in Ohio: Timeline of COVID-19 cases, businesses reopening
2  of  / 5
Breaking News
See the list: Northeast Ohio pools and water parks open this summer
3  of  / 5
Breaking News
Fireworks displays in Northeast Ohio
4  of  / 5
Breaking News
Click here for a list of summer cancellations and closures
5  of  / 5
Watch Now
Watch Now
FOX 8 News at 4,5,6 and 7
This is an archived article and the information in the article may be outdated. Please look at the time stamp on the story to see when it was last updated.
CLEVELAND (WJW)– The Cleveland Browns made headlines again this week and not just because of the troubles on the field and the FOX 8 I-Team investigated high-volume dog breeders in Ohio. Next week, we launch our series on one of Cleveland’s most notorious unsolved mysteries: the Sheppard murder. Marilyn Sheppard was four months pregnant when she was bludgeoned to death in the family’s Bay Village home in 1954 and her husband, Dr. Sam Sheppard, quickly became the prime suspect. FOX 8’s Bill Sheil sat down with a few of the key players to discuss the twists and turns of this sensational case. But before that begins, here are five of the top stories from FOX 8 this week: Ohio’s problem dog breeders A new Ohio law is aimed at improving conditions at high-volume breeders. The FOX 8 I-Team found several reports that many breeders were cited for not following new mandates. More Browns woes After Cleveland’s loss to Denver on Sunday, safety Jermaine Whitehead had a social media meltdown, reportedly threatening people who criticized his playing. The next morning, the Browns released him. “I would like to take this opportunity to apologize for my actions following our game with Denver. That was totally out of character for me. I do not justify my actions, but was extremely frustrated with the way I had played and our team losing because of it. I was playing with a broken hand, but that is no excuse for my actions, and I am deeply regretful,” he said in an apology. Baker or burglar? On a lighter Browns note, fans took to Twitter to poke fun at quarterback Baker Mayfield’s appearance after the game. Even “Home Alone” actor  Macauley Culkin got in on the action, saying he looked like one of the villains from the 1990 movie. We don’t disagree. 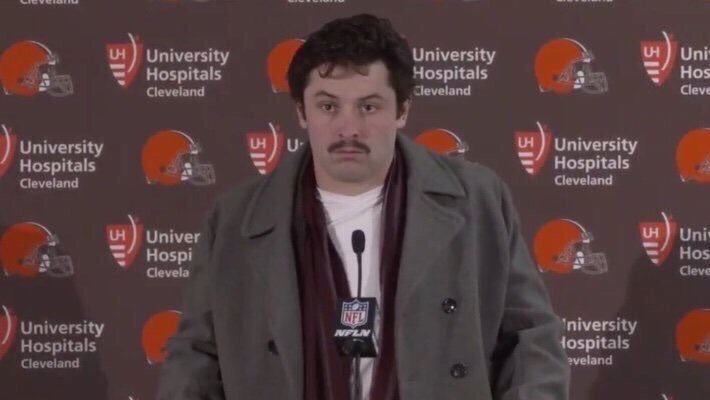 CLEVELAND (WJW) -- A Cleveland councilman is pushing that citizens be required to wear masks in public places to prevent further spread of the coronavirus.

This comes as Cuyahoga County is among several counties in the state deemed a Level 3 for risk, meaning that there is very high spread and exposure of coronavirus in the area.

Masks required? A list of where some Ohio cities stand on making masks mandatory

‘We know it happens, we know it’s frequent’: Many COVID-19 ICU patients affected by delirium, hallucinations