CLEVELAND- A man has been found guilty of killing two people at a car dealership on Cleveland’s east side in 2017.

He was found guilty on all counts against him.

McAlpin could be sentenced to death. The sentencing phase of the trial begins Monday.

McAlpin represented himself during the trial and did not call any witnesses before resting his case.

The Cuyahoga County Prosecutor’s Office said McAlpin and two co-defendants went to Mr. Cars in the Collinwood neighborhood on April 14, 2017 to steal vehicles.

While the other two men waited down the street, McAlpin shot and killed Michael Kuznik, 50, and Trina Tomola-Kuznik, 46, according to prosecutors. He was also accused of, and now convicted of, killing the family dog before the group stole two cars from the lot. 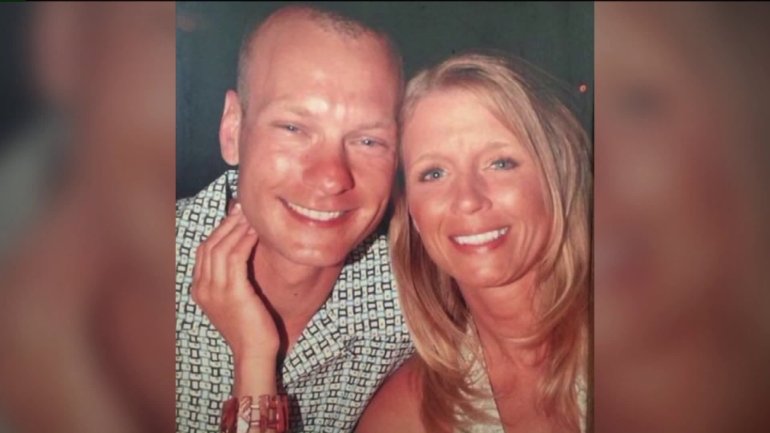 The couple’s 19-year-old son discovered their bodies inside the family-owned business.

McAlpin’s DNA was found in several places at the crime scene, prosecutors said.

“I’m pretty sure that the testimony of the witness said we can’t tell you when it (the DNA) was left there, how long it has been there or who put it there,” McAlpin said. “As it’s already been said through experts, DNA is very transferable. This is not fingerprints.”

“Not one time have we heard anybody say we saw Joseph McAlpin walk in and out of this place. Not one,” McAlpin said. He also tried to discredit Keener, saying his co-defendant attempted to minimize his involvement in the murders.

“Stop it, man. Would anyone of you ladies and gentlemen trust Mr. Keener with your personal affairs?”

The third defendant and McAlpin’s brother, 22-year-old Jerome Diggs, has a pretrial scheduled for April 30.

Luplow added a two-run double and finished with a career-high five RBIs.

CLEVELAND (WJW) -- The Huntington Convention Center in downtown Cleveland has been closed for thirteen months due to COVID-19, but the major event venue is open once again -- with some upgrades.

"We were all set that day to host a Bernie Sanders rally down on the show floor when everything came to a stop," said the center's Director of Public Relations and Marketing, Dave Johnson. "The county was able to apply for and then allocate over 2 million dollars in CARES Act funding that we were able to utilize to upgrade safety enhancements in the building."

OSHP says a 49-year-old man was traveling southbound on Justus Avenue in Sugar Creek Township in a 2003 Chevrolet Suburban around 1:15 p.m.

First supermoon of 2021: See the Pink Moon light up the night sky this month

1 dead, at least 7 injured after tornado ripped through Louisiana overnight

Cleveland police: 11-year-old hospitalized in serious condition after being shot in abdomen

These fitness apps will pay you to get in shape