The FOX 8 I-Team now has the video and text messages that helped put a local sex offender back behind bars, one of the first convictions from a sex sting carried out last May.

Months ago, Cuyahoga County prosecutors and the Internet Crimes Against Children Task Force set up a sting in Newburgh Heights. They arrested 22 people looking to have sex with teens. The suspects went to an apartment after chatting online with undercover agents posing as teens.

Video just released to the I-Team shows Turner ride up on a bike. And as he goes to the door, he’s greeted by investigators instead of a teen.

In the interrogation room, Turner tells agents that he was, “Desperate, I guess.”

At first, Turner tried to claim he believed he was chatting with an 18-year-old.

But a text message shows an undercover officer had written he was 14. 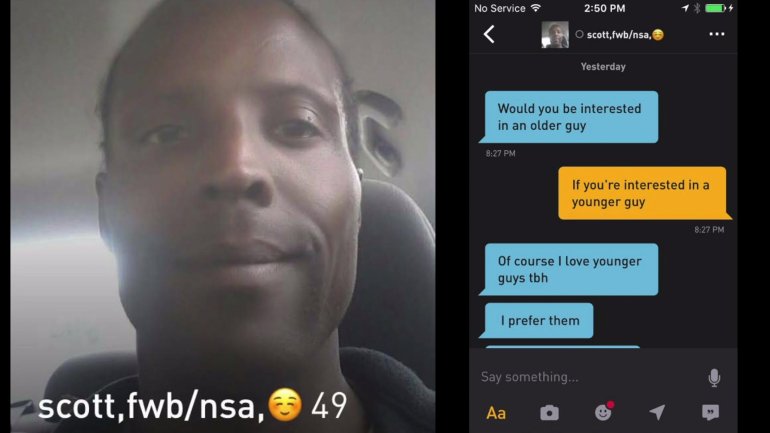 Turner had been on parole from an earlier sex offense, and he had been under watch as a registered sex offender, yet he still ended up caught in the sting.

Carl Sullivan, assistant Cuyahoga County prosecutor, said the purpose of the sex sting is to prevent predators from actually hooking up with teens. Sullivan calls Turner the “prototypical” sex offender who should be in prison. He points out some convicts can only be stopped by getting locked up.

In fact, of the 22 suspects busted in the sting, three were already sex offenders.

CLEVELAND, Ohio (WJW) – The WWII submarine USS Cod is honoring servicemen and women Monday with a ceremony. “A virus will not stop Americans from honoring those who made the ultimate sacrifice for our freedom!” is the motto for the program, according to a press release. According to Cod Director Paul Farace, the Cod has never held its own Memorial Day program but instead served as a backdrop for veterans…

MENTOR, Ohio (WJW) – While many communities canceled Memorial Day ceremonies to prevent large gatherings, the city of Mentor decided to move forward with theirs with a few changes. The Memorial Day observance will be a parade of cars only. Motorcycles, buses, bicycles, and pedestrians were not allowed. The parade route started at Memorial Middle School and wind through the Mentor Municipal Cemetery. Everyone is asked to stay in their…

Police search for Cleveland teen missing since May 15