BEACHWOOD, Ohio — Authorities are investigating an incident that happened in the Beachwood Place parking lot on Thursday afternoon.

Sources told the FOX 8 I-Team an alleged shoplifter was being chased. The male suspect took off in a vehicle that had been reported stolen out of Cleveland.

It’s alleged that he tried to run over a police officer. Beachwood police said an officer fired  rounds.

The suspect abandoned the vehicle and a foot pursuit began. Authorities are still looking for the suspect. They released a photo of him: 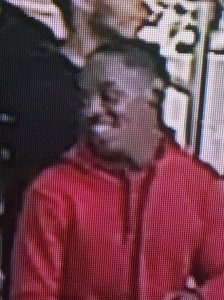 We are told state agents are being asked to help police.

The officer suffered a foot injury; it’s not known if the suspect was injured.

No one at the mall was hurt.

Brookfield Properties, which owns Beachwood Place, released a statement that said, ” We are grateful that our guests and tenants were not impacted by today’s incident, and that there was no threat to our shopping center community.  ”

Stay with FOX 8 News and FOX8.com for more.

TRENTON, N.J. (NEXSTAR) — New Jersey made millions of people eligible to get the COVID-19 vaccine, including smokers, a move that prompted gripes about them skipping to the front of the inoculation line.