CLEVELAND (WJW)- The FOX 8 I-Team is uncovering more about a Cleveland Catholic Diocese priest arrested in Strongsville Thursday by the Internet Crimes Against Children Task Force.

The complaint also notes Pandering Sexually-Oriented Matter Involving a Minor and Possessing Criminal Tools from 8/2016 to 12/2019.

O’Malley said the original complaint came from Geauga County, and was investigated by the county sheriff and prosecutor.
The Internet Crimes Against Children Task Force (ICAC) took part in the investigation, which O’Malley said moved very quickly.
While the prosecutor didn’t want to discuss details of the investigation, including a timeline, the criminal complaint discusses conduct of Father McWilliams that dates back to 2016.
That does not necessarily mean law enforcement has known about his activity for three years. It could be that, when they seized his devices, the activity they found goes back that far.
O’Malley says the investigation has proceeded quickly, and they don’t believe anyone within the diocese was aware of McWilliams online actions.
McWilliams had spent some time at St. Helen’s church in Newbury in Geauga County.

Father McWilliams was taken into custody Thursday morning after detectives searched his living and office space at Sts. Joseph & John School and St. Joseph Parish, according to a statement sent to the parish by the school principal. 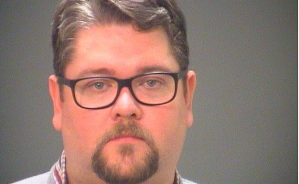 The statement said, “We wanted to make you aware as quickly as possible that law enforcement associated with the Ohio Internet Crimes Against Children Task Force (“ICAC”) arrived at the parish this morning with a warrant to search Fr. Bob McWilliams’ living and office spaces for items related to possible crimes committed in Geauga County. Law enforcement conducted its search and seized various electronic devices, including laptop computers, a cell phone, and an iPad associated with or belonging to Fr. McWilliams. As a result of ICAC’s search, Fr. McWilliams was taken into custody. We know little else at this time and will share any additional information that we obtain with you as we are able. I have informed the Diocese of what occurred and the Diocese has placed Fr. McWilliams on administrative leave pending the outcome of this matter.”

Please know that the welfare of children, and in particular the children in our care here at Sts. Joseph & John School and St. Joseph Parish, is our highest priority and that we will cooperate in any way we can with law enforcement in this matter.

Lastly, I ask you to pray with us for all those involved in this matter.”

The following message from the Most Reverend Nelson Perez, Bishop of the Catholic Diocese of Cleveland, was released Friday:

“It is with great sadness that we learned of the recent events surrounding the arrest of Father Robert McWilliams. This has been devastating and heart-wrenching for the entire Catholic community in Northeast Ohio. All of us feel tremendous emotions of shock, disappointment and confusion.

Currently, I am in Rome for required regular pastoral meetings with the Holy Father and the offices of the Vatican and I wish I could be there with you during this difficult time. I ask you to join me in prayerful solidarity for healing asking for God’s grace and guidance in this painful situation.

Please know that we stand ready to cooperate with law enforcement in this matter. I am deeply committed, as the shepherd of our diocese, to the safety and well-being of our children.”

As a result of the search, the prosecutor’s office said only that Fr. McWilliams was arrested for possession of child pornography.

While a complaint has been filed in connection with the arrest, court records show no formal charges filed yet.

McWilliams is being held in jail on a $100,000 bond, and he is scheduled to make his initial court appearance Monday

US warns travelers of kidnapping risk in Mexico

US warns travelers of kidnapping risk in Mexico

Todd Meany gets another birthday surprise on the …

‘Bear with Us:’ Construction at CLE Zoo

Driver identified in fatal crash on I-90