SHARE
This is an archived article and the information in the article may be outdated. Please look at the time stamp on the story to see when it was last updated.
CLEVELAND- A former medical official at the Cuyahoga County Jail, who spoke out against Cuyahoga County Executive Armond Budish’s administration, has filed a lawsuit against Cuyahoga County, MetroHealth, Budish, and several others. Gary Brack, R.N., filed the lawsuit Tuesday in Cuyahoga County Common Pleas court stating several claims including wrongful termination, retaliation, and violation of constitutional rights. 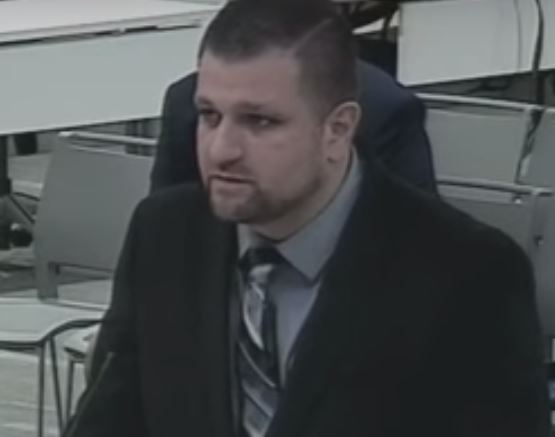 A year ago, the FOX 8 I -TEAM revealed, Gary Brack went before a county council committee and said there is a shortage of nurses, and there is not enough security for medical staff. Brack boldly pointed the finger directly at Ken Mills, the director of the jail. After Brack spoke out, that ultimately led to months of investigations into jail operations and conditions by US Marshals, a grand jury, prosecutors and others. In recent months, nine inmates have even died. As a result, jail officials have been hit with criminal charges, plus Cuyahoga  County leaders have promised sweeping reforms at the lock-up. And now comes the lawsuit from Gary Brack. The suit state’s Brack, “was a caring nursing director who was fired for speaking up at a public hearing about a healthcare crisis that thus far has left a trail of nine corpses at the Cuyahoga County jail. His candid answers to County legislators triggered malfeasance investigations, a string of public-corruption indictments, and renewed cries for County reform.” A video recording of the meeting last year showed Brack telling County Council members, “The eye-rolling, the body language, the body movement. I’ve never in my professional career witnessed that. Total disrespect. There seems to be passive-aggressive behavior. What the director tells us is not what pans out.” Brack was actually employed by MetroHealth Medical Center. He’d been working as the interim director of Ambulatory Care at the jail. The lawsuit further states, “Nurse Brack’s testimony exposed Mills’s persistent interference with and disdain for vital matters of inmate health and nurse safety that threatened lives under Nurse Brack’s care. His testimony was explicitly personal and remarkably restrained, as his colleagues emphasized when they erupted in protest at his removal. Nurse Brack had a moral and ethical obligation to report problems that interfered with patient care, but he did not complain about Mills’s homophobic abuse. Instead, he focused on the issue the Council probed: what was the relationship like between County and MetroHealth partners and did it interfere with medical care? As he testified, based on his personal opinion, healthcare services were impaired by Mills’s flagrant disrespect for Sheriff Pinkney.” And last year Brack told FOX 8, “After speaking to the county council meeting about the injustices that are going on with the sheriff’s department, I was removed from my position.” At the time, a spokesperson for Cuyahoga County confirmed the county did ask the hospital to remove Brack from his position citing “a lack of trusting relationships and good working relationships.” Brack’s lead counsel Subodh Chandra said, “It is time for Cuyahoga County to reckon with the unmitigated disaster of our local jail’s mismanagement. We need more kind and courageous public servants like Nurse Gary Brack, who was targeted for speaking up to protect his patients. He intends to hold accountable those who tried to silence him.” We reached out to the County and MetroHealth for comment on the new lawsuit. On Thursday, we received the following statement from MetroHealth:

“The MetroHealth System is – and has been – committed to ensuring the health and safety of the men and women in the Cuyahoga County jail. That’s why we entered into the contract to provide physicians and other providers to the jail as of 2011. That’s why, as early as 2016, we advocated for a comprehensive role in the oversight and staffing of medical operations at the jail. That’s why, in November 2018, we retained the National Commission on Correctional Health Care to advise MetroHealth and the County as to needed changes in operations. And, that’s why, in May 2019, we assumed an expanded oversight and staffing role for health care at the jail. None of this has been profitable. This is our mission and has come at great cost to MetroHealth. We have respect for Mr. Brack and his work on behalf of MetroHealth in caring for the detainees. He was a valued employee of MetroHealth and we never contemplated or desired his transfer out of the jail. We did so at the demand of our client. We tried to keep Gary at MetroHealth in comparable positions and continue to wish he was a part of our team. The lawsuit will sort out the legal issues, but MetroHealth will not sit back and permit Mr. Chandra’s unfounded and defamatory statements to be left unaddressed. While many of his assertions are patently false, Mr. Chandra disregards facts and instead chooses to smear and grossly mislead. Unfortunately, we have seen this from Mr. Chandra before. Mr. Chandra’s reckless mischaracterizations include the following: a. Mr. Chandra suggested that MetroHealth’s contract with the County precluded the County from demanding the removal of MetroHealth staff from the jail, and he went on to quote language from a contract. However, the contract he quoted was the new contract that was put into place just this month. And the language he quoted was specifically added by MetroHealth under the new agreement to prevent this exact type of situation from happening again. b. Mr. Chandra repeatedly stated that MetroHealth is driven by profits and money in providing care in the jail. Mr. Chandra has no knowledge of any facts regarding whether the contract is profitable. And, in fact, it is not. MetroHealth has never profited from its jail contracts. c. Mr. Chandra suggested that MetroHealth violated Mr. Brack’s First Amendment rights. He misconstrues normal preparations for an official presentation to County Council into something nefarious. We recognize and respect everyone’s First Amendment rights. As MetroHealth conveyed to Mr. Brack at the time, we had no issue with the substance of his statements to County Council. Indeed, consistent with the issues Mr. Brack raised at the Council hearing, MetroHealth had been advocating for changes in jail policies and procedures to enhance detainee and staff safety for more than a year prior to the Council meeting. MetroHealth looks forward to the opportunity to defend itself in the lawsuit, secure in the knowledge that we are champions of all those who need care.”