CLEVELAND- Fox News announced on Tuesday the candidates who will participate in the first Republican presidential debate.

The GOP debate will be held at 9 p.m. on Thursday at Quicken Loans Arena in Cleveland. It will air live on the Fox News Channel with moderators Chris Wallace, Megyn Kelly and Bret Baier.

Donald Trump will take the center podium as the frontrunner while Ohio Gov. John Kasich made the cut in the 10th spot.

“As governor, I am glad to welcome my fellow debate participants to our great state. I look forward to discussing the issues facing our country with you on Thursday! Until then I hope everyone enjoys themselves in Cleveland. It’s a great town,” Kasich said on his Facebook page.

The top candidates, based on an average of the five most recent national polls, are as follows:

Those who are not eligible for the debate can participate in a forum at 5 p.m. Thursday, also airing on the Fox News Channel. Those candidates are: 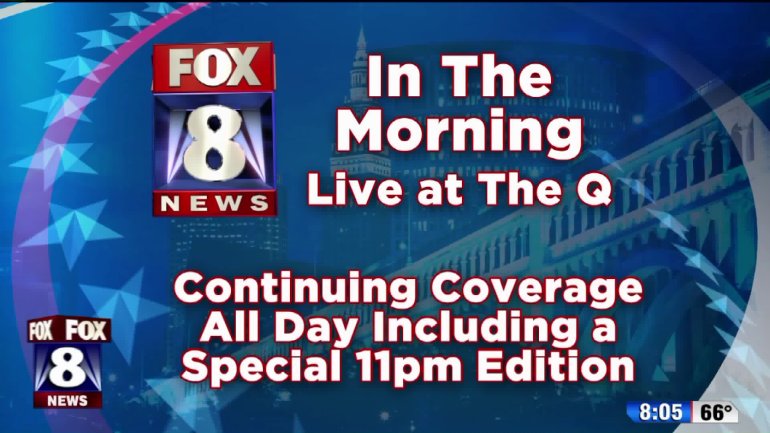 From the candidates, to the moderators, to the experts, FOX 8 News will be the only Cleveland TV station broadcasting LIVE inside Quicken Loans Arena.

It all starts with FOX 8 News in the Morning LIVE from the Q and continues all day, including a special 11 p.m. edition of FOX 8 News after the debate.

NIAGARA FALLS, N.Y. (WIVB) – The U.S. Coast Guard made a daring rescue attempt Wednesday at the edge of Niagara Falls, dropping a diver from a helicopter to pull a body out of a car that somehow entered the rapids about 50 yards from the edge of the falls.

New York State Park Police Cpt. Christopher Rola told News 4 the driver of the car, a local woman in her late 60s, has been pronounced dead.

SACRAMENTO, Calif. (AP) —  Nearly 17 years after being sentenced to die, Scott Peterson was resentenced to life without parole Wednesday during an emotional hearing in which family members of his slain pregnant wife, Laci, called him out for the killing in 2002 and his apparent lack of remorse.

“I still feel the grief every day, after 19 years,” said her mother, Sharon Rocha. “Your evil, self-centered, unforgiveable selfish act ended two beautiful souls. And for what reason? There was no reason other than that you just didn’t want them anymore. You didn’t want a baby nor the responsibility of being a father. You’re a coward."