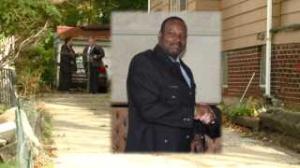 Each pleaded not guilty, and a $1 million bond was set or continued for each of them.

Walker-Curry, the victim’s wife, was arrested on Sept. 8 while Padgett was taken into custody last month.

On Nov. 3, 2013, Lt. Walker, 45, was shot and killed in the driveway of his house on Lampson Road in Cleveland. According to prosecutors, investigators thought his murder was tied to neighborhood drug dealers, but they later learned Walker’s widow planted that idea.

Prosecutors said Walker’s wife committed financial fraud in his name and was worried he would find out, so she planned to get his life insurance policy. She asked Padgett, 21, and the juvenile to find a hitman to kill Walker, prosecutors said.

Padgett recruited his cousin, Hein, who then hired Dorty for the hit. According to the prosecutor’s office, Padgett supplied the gun and the cash, while providing details on where and when to kill the firefighter.

DALLAS (NewsNation Now) — Two of America's top airlines are furloughing thousands of workers with no new agreement on the table in Washington, D.C.

American Airlines announced 19,000 workers will be furloughed beginning on Thursday.

CLEVELAND (WJW) -- A MAJOR pattern shift is working full force! Upper level winds are steering colder air our way for the first few days of October within a series of ‘mini’ cold fronts.

Chance for scattered showers and cooler temps in the 60s expected Thursday.

WASHINGTON (NewsNation Now) — One of the nation's top public health officials said going back to the classroom for students across the country depends on each person's actions and is a school-by-school decision.

"Asymptomatic spread is real, we have to protect one another going into the Fall and we have to ensure we get cases down in these communities," Dr. Deborah Birx said in an exclusive interview with NewsNation.