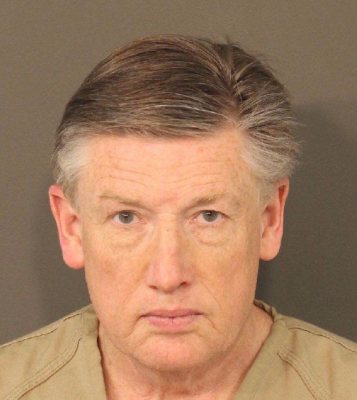 According to NBC4i, a motion filed by Davis’ attorney, Terry K. Sherman, asks that Davis be screened for acceptance into the CBCF River City Intense Therapy Program in preparation of a guilty plea on January 30.

In the filing, Davis’ attorney argues Davis used pornography in an attempt to self-medicate after suffering for years with many mental health issues, including severe depression and anxiety.

Davis was booked into the Franklin County Jail in September of 2019, charged pandering sexually oriented matter involving a minor.

The Internet Crimes Against Children (ICAC) Task Force received a tip that Davis had sent and received a “significant” amount of child pornography. NBC4 has confirmed with multiple sources that this investigation involves “thousands of images.”

“The complaint describes the images as being female children ranging in age from pre-teen to teenagers with some of the images depicting the females engaging in sexual acts with adult males,” the documents said.

Investigators said Davis had been regularly sending child pornography images to himself at the email address since December of 2012.

Davis pleaded not guilty in October to child pornography charges.

Davis is accused of receiving and sending images of child pornography over a one-year period beginning in October 2018.

SOUTH CAROLINA (CNN) -- Faye Marie Swetlik, a South Carolina 6-year-old who went missing from her home, was abducted and killed by a neighbor who died by suicide, authorities said Tuesday.

The first-grader died of asphyxiation hours after she was abducted last week in Cayce, Lexington County Corner Margaret Fisher said, citing the results of a recent autopsy.

In the mood for McDonald's? There's a new way to indulge without all the calories.

According to a press release from McDonald's, GoldenArchesUnlimited.com, the Quarter Pounder Fan Club, has launched a new line of swag -- which includes candles that smell like the ingredients of a Quarter Pounder.

The APL is holding a ceremonial groundbreaking at its facility on Willey Ave. Wednesday.

In the spirit of Whitney: Houston Hologram tour set to begin