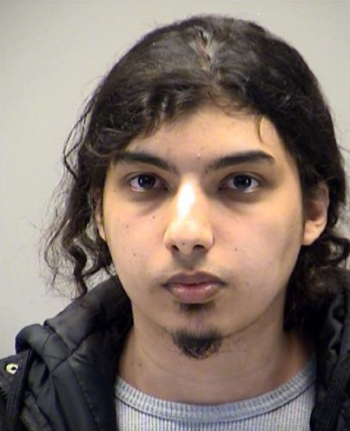 COLUMBUS- An Ohio man has been arrested on allegations that he planned to travel to Afghanistan to train with an Islamic State affiliated group.

The government accuses Naser Almadaoji of arranging to move through Kazakhstan to Afghanistan, where he intended to train with a group called ISIS Wilayat Khorasan.

The 19-year-old from Beavercreek in suburban Dayton was arrested Wednesday at John Glenn International Airport in Columbus.

Prosecutors say the Iraqi-born U.S. citizen is charged with attempting to provide material support to ISIS-affiliated foreign terrorist organizations. A message was left with his attorney seeking comment on the charge.

The government says the defendant unsuccessfully tried to join a terrorist group after traveling to Egypt and Jordan in February.

(CNN) -- Seattle authorities have identified the remains of two people who were discovered by teens shooting TikTok videos last month.

The two victims, Jessica Lewis, 35, and Austin Wenner, 27, were shot days earlier, according to the King County Medical Examiner's Office. A family member said the two had dated for years.