CLEVELAND– Get ready, Cleveland sports fans, plans are in the work for another big downtown parade.

The event is to celebrate the Cleveland Browns’ perfect season, as they inch closer to a winless record.

Thursday night’s loss to the Baltimore Ravens leaves the Browns with an 0-10 record, the worst in franchise history.

“I’ve been either blessed or cursed to be a Browns fan for the rest of my life,” Chris McNeil said.

McNeil said about a week ago, he jokingly thought about celebrating the Browns’ season with a parade, if they went a perfect winless 0 and 16.

“It really caught on. People started talking about the idea and once I saw it’s got a little momentum, I started up the Facebook page,” he told FOX 8.

McNeil has officially filed for a permit from the city. The parade is scheduled for 1 p.m. beginning at FirstEnergy Stadium on Jan. 7.

The route is symbolic. It goes around the stadium, creating a zero and if you look closely at the map, the rest of the route creates the number 16. 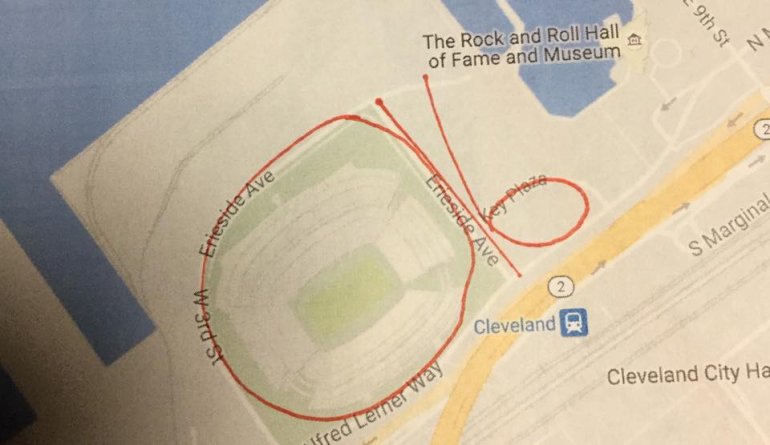 So what do Browns fans think about a “perfect season” parade?

“I think a little disrespectful to the Cavaliers and the Monsters and the Indians who worked so hard to be victors,” said one Browns fan.

“I can’t see going to celebrate a losing season,” said another fan.

“We should 100 percent celebrate them losing at this point because they can’t get their stuff together,” said a fan.

“You might as well be good at something, I mean, like the Browns’ thing is losing, the Cavs is winning,” another fan said.

“From a young age, this team has been a part of me and it will continue to be so, win or lose,” McNeil said,

On Friday night, on his Facebook page, more than 7,000 people said they either planned to attend or were interested in attending the parade.

LOS ANGELES  (CNN) -- One of the world's most famous COVID-19 survivors has reportedly made his feelings known about those who don't wear masks.

Actor Tom Hanks and his wife, actress/singer Rita Wilson, were two of the first celebrities to announce they had contracted the virus and, according to People, Hanks is now urging people to mask up.

Masks required? A list of where some Ohio cities stand on making masks mandatory