CARROLLTON, Ohio (WJW) — Family members of a 41-year-old man, who was shot and killed during a deputy-involved shooting Saturday, say they want answers.

“We want to know why, what happened?”  said Melissa Ford.

Her father, Robert Sikon III, was shot and killed shortly after the vehicle he was riding in was pulled over by a Carroll County sheriff deputy.

Ford says her dad was in a vehicle with his girlfriend, Jamie Marcus Vinka. She says her father had outstanding warrants for child support. 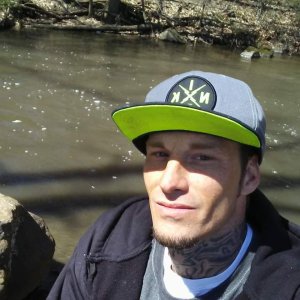 A spokesman with BCI says they cannot comment on the matter since it is still under investigation.

The shooting happened around 11:45 a.m. Saturday.

Family members say Sikon did not have a weapon and witnesses heard eight gunshots.

“My grandmother heard the shots from her porch; she didn’t know it was her son being shot,” Ford said.

She added that while her father had criminal issues in the past, he was not violent.

STOW, Ohio (WJW) -- A local high school senior is happy to have her dad, who serves in the Ohio National Guard, back home after being away on deployment.

The emotional reunion happened at the football game between Stow-Munroe Falls and Brecksville-Broadview Heights on Friday night.

AKRON, Ohio (WJW) -- An Ohio Department of Transportation worker is speaking out after he was struck by a car on a Northeast Ohio highway.

He wants to deliver an important message to drivers about a danger that he and his colleagues face while working each day.

CLEVELAND (WJW) -- Clear skies with areas of patchy fog overnight are expected. Lows in the upper 50s to greet us Saturday morning.

Mostly sunny skies are forecast for both weekend days with high temps a couple of degrees either side of 80.

Mom fights off masked attacker who grabbed her, toddler outside California home

10 more confirmed cases of COVID-19 reported in City of Cleveland, no new deaths

‘Your voice matters’: Cavs, Browns and Indians create PSA on importance of registering to vote

‘They were waiting for him’: Man acquitted of murder is shot hours after his release from jail

Troopers continue to investigate fatal I-480 crash, no charges filed against driver of dump truck

‘I’m so broken’: Wife of Richland County man mauled to death by bear in Alaska speaks