RICHMOND, Va. (AP) — The woman killed when a car plowed into a crowd of people protesting a white nationalist rally in Virginia was described as a “true American hero” who died doing what she loved — standing up for people.

Two state troopers also died when their helicopter crashed in a wooded area while deployed as part of a large-scale police effort to contain Saturday’s violence. They were remembered for their commitment and love of their jobs.

Heather Heyer, 32, was among the hundreds of protesters who had gathered in Charlottesville to decry what was believed to be the largest gathering of white supremacists in a decade — including neo-Nazis, skinheads and Ku Klux Klan members — who descended on the city to rally against plans to remove a Confederate statue.

Felicia Correa, a longtime friend of Heyer, said the slain woman died standing up for people of color and called her a “true American hero.”

She said she spoke with Heyer’s mother, who is struggling with the loss. “She said, ‘Heather died doing what she loved — standing up for people,'” said Correa, who by early Sunday afternoon had raised about $125,000 for Heyer’s family through an online fundraising drive.

Heyer grew up in Greene County and worked as a legal assistant at a law firm. Her boss, Larry Miller, said the young woman was active in the firm’s bankruptcy practice and had a “big heart.”

“She cares about the people we take care of. Just a great person,” he said. 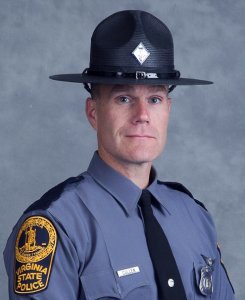 Virginia Gov. Terry McAuliffe said he was touched by the deaths of the two troopers, Lt. H. Jay Cullen and Trooper-Pilot Berke M. M. Bates, whom he knew personally. McAuliffe frequently uses state police aircraft to travel the state and said Cullen, 48, had been one of his regular pilots. Before joining the aviation unit, Bates has been a member of the state trooper team that guards the governor and his family.

“It was personal to me,” McAuliffe said Sunday morning at a church service. “We were very close.” 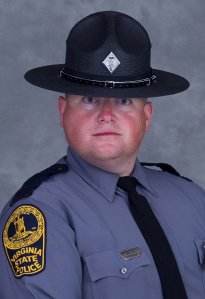 “Both of them were great guys who loved what they were doing,” said Perry Benshoof, a retired trooper who worked with both.

Craig Bates said his younger brother had always wanted to serve others and to fly.

The younger Bates, who died one day short of his 41st birthday, worked for years as a trooper, first in Florida and then in Virginia. He’d recently gotten his pilot’s license so that he could apply to work for the department’s aviation unit. He got his wish, and joined the unit only last month.

“It was the culmination of a lot of dreams come true,” Craig Bates said. “This is something that he truly wanted to do. It was much too short but I’m grateful for the fact that he was able to do that.”

The helicopter crashed in a wooded area outside Charlottesville around 5 p.m. Saturday. Police said the cause of the crash is still under investigation but there was “no indication of foul play.”

State police identified the driver in the car crash that killed Heyer as 20-year-old James Alex Fields Jr. He has been charged with second-degree murder and other counts.

CLEVELAND, Ohio (WJW) - The FOX 8 I-Team has obtained the “Event Action Plan” showing how Cleveland Police prepared for handling last weekend’s protest downtown that erupted into riots. The plan shows no mention of preparation for mass arrests. Saturday, a big crowd gathered outside the Free Stamp calling for justice for George Floyd, a man who died in police custody in Minnesota. The gathering started peacefully but ended up with rioting,…

BRUNSWICK, Ga. (AP) — Three men who were charged with murder months after the fatal shooting of Ahmaud Arbery appeared Thursday by a video link from jail for their probable cause hearing following a week of angry protests in the U.S. over law enforcement biases against black victims.

Jesse Evans, appointed as a special prosecutor in the case, said Arbery “was chased, hunted down and ultimately executed” based on the evidence his team would present.

DELAWARE COUNTY, Ohio (WJW) -- Today reports that YouTuber Myka Stauffer and her husband, James, are being investigated after giving up their adopted son, Huxley, to a "new mommy."

Today reports that the Delaware County Sheriff's Office wrote in a statement: "Our primary concern is for the well-being of this child, as well as the other children in the household. Our investigation is ongoing, and will include contact with all children to ensure their safety."

Nearly 43 million Americans have filed for unemployment; 1.29 million in Ohio