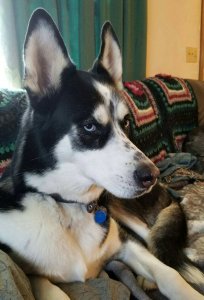 ELYRIA, Ohio — An Elyria man was arrested after being accused of shooting and killing his neighbor’s dog.

According to Elyria police reports, it happened at just before 4 p.m. Monday.

Officers were called to reports of shots fired in the 200 block of Brace Avenue.

A woman told police that she’d let her German Shepherd puppy out into the backyard and when she looked out the window, she saw her neighbor’s dog, a husky, with its head through the fence attacking the puppy, according to police reports.

She said she screamed and ran outside to get the puppy.

The woman said that a moment later, her husband, Timothy Kilgore, 28, came out of their home with a gun and fired at the neighbor’s dog. The woman said her puppy was stuck in the fence, and once she removed him she realized he had a minor injury on his right paw and was missing a tooth.

Officers were told by the owner of the dead dog that she hadn’t seen anything. She said she heard a gunshot and heard her dog whimper, and went outside to find the dog dead in her driveway.

She said there had been ongoing issues with the neighbors and that one of their dogs stuck his tail through the fence a few months ago, and that her dog had bitten the dog’s tail.

Kilgore now faces charges of cruelty to animals and discharging a firearm.

CLEVELAND (WJW) -- The Cleveland Metroparks is encouraging Ohioans to explore the park district's more than 24,000 acres through their new mobile app.

The Metroparks announced the launch of their "Find Your Path" campaign Monday.

CLEVELAND (WJW) — Companies are hiring in Northeast Ohio this spring for seasonal positions and beyond.

As COVID-19 vaccine distributions continue, the job economy is thawing, with the Labor Department announcing that U.S. employers added more than 900,000 jobs in March and unemployment rates moving from 6.2% to 6%.

CHICAGO (AP) — A 7-year-old girl was killed and her father was seriously injured in a shooting at a McDonald’s in Chicago.

Chicago police say Jontae Adams and his daughter, Jaslyn, were in a car Sunday afternoon in a McDonald’s parking lot in the Homan Square neighborhood when they were shot.

26-year-old hospitalized after being shot in head, Cleveland EMS says

Unemployment extension: Here is how long weekly checks could last

‘I love you for now, forever and for always’: Vanessa Bryant pays tribute to Kobe on 20th wedding anniversary