JACKSON TOWNSHIP, Ohio — A dad now accused in connection with his daughter’s murder tells a 911 dispatcher, “I need some help. I can’t find my daughter.” 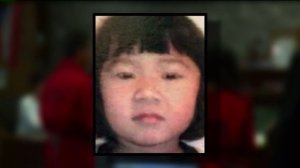 The 911 call was made the day before the body of 5-year-old Ashley Zhao was found hidden inside her family’s Jackson Township restaurant, Ang’s Asian Cuisine.

On the call made Jan. 9, Liang Zhao tells the dispatcher, neither he nor his wife have seen their daughter in about five hours– at around 3 p.m. or 4 p.m.

He then tells the dispatcher both he, his wife, and his older daughter all saw her, when he got back from the school.

He says, “We went to work and let her sleep. We got busy; after it got busy, we started cleaning up; we opened the door; she’s not here.”

Authorities searched for hours for Ashley; on Tuesday, Jan. 10, she was found murdered inside the restaurant. 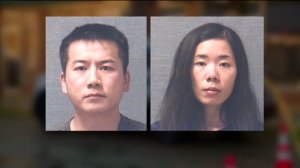 14-year-old girl was in bed when she was shot, killed

14-year-old girl was in bed when she was shot, killed

3-year-old in hospital for months after meth ingestion

3-year-old in hospital for months after meth ingestion