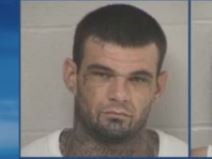 MOUNT VERNON, Ohio — Investigators say a central Ohio man now charged with murder confessed to fatally shooting his mother and girlfriend with a pistol at home while high on the drug known as bath salts.

Knox County Prosecutor Chip McConville says other felony charges filed Thursday allege 31-year-old Travis Bonham, of Mount Vernon, took his mother’s pistol from her home and destroyed a cellphone after the slayings. Another charge alleges he was prohibited from having a weapon because of a prior domestic violence conviction.

It wasn’t clear if he has an attorney. Court records listed none for him.

**Check out a previous report below**

McConville says Bonham has a bond hearing Friday. He could face life in prison if convicted.

From his home in West Chester, Pennsylvania, defensive end Carl Nassib became the first active NFL player to announce he is gay.

However, the initial call to 911 does not match the evidence so far according to the Portage County Sheriff's Office.

JACKSON TOWNSHIP, Ohio (WJW) -- Police released the names of the victims in an apparent murder-suicide that occurred in Stark County on Sunday.

Triple-homicide suspect forced woman to drive him from Oregon to Wisconsin, police say

Supreme Court sides with former athletes in dispute with NCAA

Bills’ Beasley will not get COVID vaccine: ‘I’d rather die actually living’