CLEVELAND, Ohio — The Cleveland Police Union has sent to members a list of endorsements and recommendations for Election Day.

The Union made headlines when it recently endorsed Donald Trump for President.
The memo, obtained by the FOX 8 I-Team, lists candidates for judge seats and other offices. But the union also recommends passage of an income tax increase for the city saying that will benefit police officers and their families. 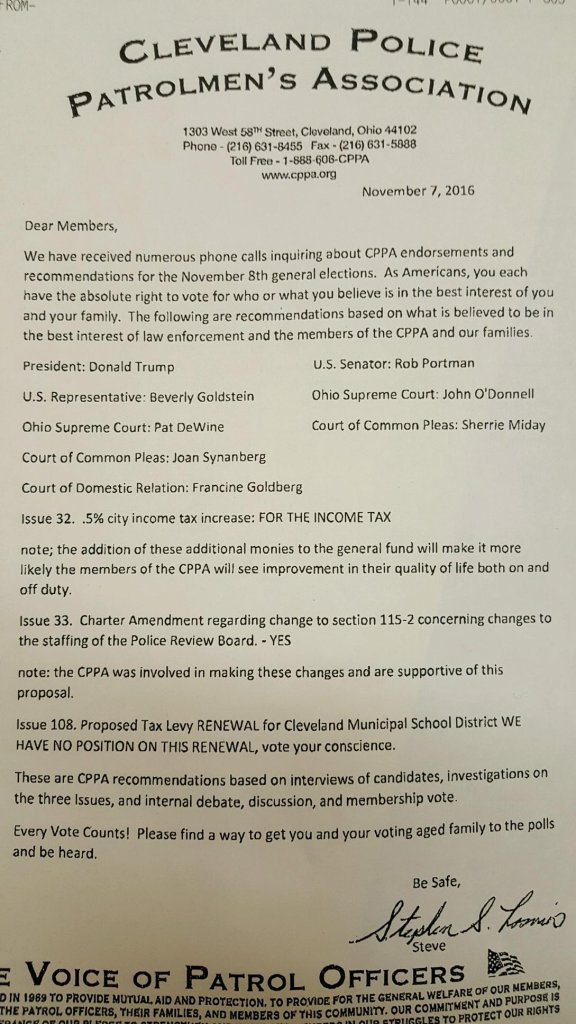 And, the Union recommends approving a charter amendment making changes to the Police Review Board saying the Union was involved in crafting that proposal.

However, the memo also states, “As Americans, you each have the absolute right to vote for who or what you believe is in the best interest of you and your family.”

**More on the election, here**

Debate quiz: Who said it? Biden or Trump?

NASHVILLE, Tenn. (NEXSTAR) -- Now that the final debate between President Donald Trump and Democratic rival Joe Biden is over, we want to see how closely you listened to the candidates and whether you can determine who said what.

Quite frankly, it was far more civil and issue-oriented than their first meeting.

Debate quiz: Who said it? Biden or Trump?

US announces sanctions against Iran for attempted election interference

Warm temps continue on Friday, chance for storms in the evening

City of Cleveland notified of 45 more confirmed cases of COVID-19, no new deaths

Trump, Biden go after each other on coronavirus, taxes in final presidential debate