CLEVELAND — Late Sunday night Cleveland police were called to Superior Avenue for reports of a shooting.

The call came in that a male had been shot at the Ohio Gas Station near the intersection of East 77th and Superior but when officers arrived there was no victim at the scene.

Police did find multiple gun shell casings in the parking lot of the gas station.

The victim was finally located several blocks away, near the intersection of Wade Park Avenue and East 81st Street.

He was transported to University Hospitals in an unknown condition.

Stay with FOX 8 and Fox8.com for more on this developing story. 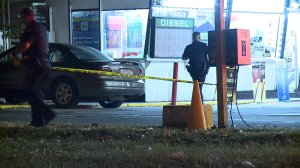 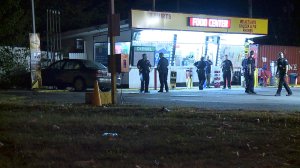 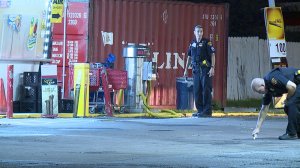 CLEVELAND (WJW) -- A brief period of cold is here through Thursday before temperatures climb above normal this weekend. There’s a good possibility that flurries will be flying around Thursday morning.

We’re watching the midwest temperature drop next week. Chances are looking likely that this cold air will be traversing east around the end of the month.

MATHEWS Co., Va. (WJW) – A Virginia woman could face federal charges after she allegedly trafficked her daughter to a wealthy yacht owner.

According to WTKR, the woman, whose identity is not being revealed in effort to protect the underage victim, reportedly pimped out her 15-year-old daughter to William “Billy” Hooper, 53.

PINELLAS PARK, Fla. (WFLA) - A 12-year-old boy's skull was fractured during an altercation with a behavioral interventionist at a school in Pinellas Park, police said. The incident occurred at AMI Kids, 6500 102nd Avenue North on Tuesday, Feb. 11. According to Pinellas Park police, the 12-year-old boy had been "acting out" at lunch, so he was put in an isolated room called the "Room of Opportunity" with 34-year-old Dontae…