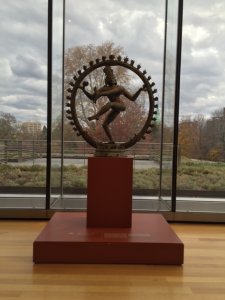 CLEVELAND– Cleveland is a city of winners, from NBA Champion Cleveland Cavaliers to our world-renown museums.

Business Insider released its list of the top 25 museums in the country on Wednesday.  The Metropolitan Museum of Art in New York City claimed the number one spot. But right behind it was our Cleveland Museum of Art.

The list was compiled using date from Foursquare. There are more than 35,000 museums in the United States. 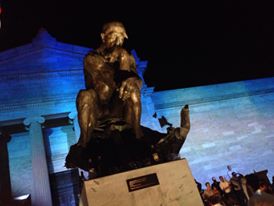 The article features a photo of Cleveland’s cast of “The Thinker,” which had its base and legs destroyed by a bomb in 1970.

The Cleveland Museum of Art opened its door in 1916. In 2002, the museum began a $350 million project that included the interactive Gallery One, the enclosed glass atrium and two new wings.

*See video of the Texas snow storm above.*

HOUSTON (NEXSTAR) – A woman who accuses Texas electricity company Griddy of price-gouging during a winter storm that knocked out power to millions has filed a proposed class action lawsuit.

ICYMI: Ohio to allow proms and graduations; a message from The Rock; Mr. Potato Head’s rebrand

CLEVELAND (WJW)-- Here are a few top stories from FOX8.com this week, in case you missed it.

Ohio Gov. Mike DeWine made a few announcements on Thursday, paving the way for the return of spring events. Sports and entertainment venues can reopen with 25 percent indoor capacity and 30 percent outdoor capacity. They must follow other COVID-19 safety measures, like seating pods and designated pathways.

One year later: A look back at the evolution of the coronavirus pandemic here in Ohio

*Watch Gov. DeWine's most recent update on the pandemic above.*

CLEVELAND (WJW) -- It's been one year since Governor Mike DeWine first briefed residents about the potential threat of coronavirus here in Ohio.

ICYMI: Ohio to allow proms and graduations; a message from The Rock; Mr. Potato Head’s rebrand

One year later: A look back at the evolution of the coronavirus pandemic here in Ohio

‘It was quite harmless, very quick’: Queen Elizabeth gets COVID vaccine, encourages others to do same

Eyes to the sky: Full snow moon, trifecta of planets visible this weekend

I-TEAM: Senator Brown calls out head of US Postal Service