CLEVELAND, Ohio — The Cleveland Browns did what was once unthinkable. They won a football game.

After a winless streak lasting 635 days, the Browns staged a comeback Thursday night to beat New York Jets 21-17 in Cleveland. The victory was made all the bit sweeter by an inspirational debut by quarterback Baker Mayfield. And a surprise visit by an opossum, now known as “Rally Opossum.”

The No. 1 overall pick from this year’s draft took to the field to replace the injured Tyrod Taylor, and his game-winning performance sparked wild celebrations at FirstEnergy Stadium, in the streets of Cleveland and, of course, all over the internet.

Here are a few of the most funny social media posts so far, starting with this creative little graphic shared by u/Galactic_Explorer on Reddit: 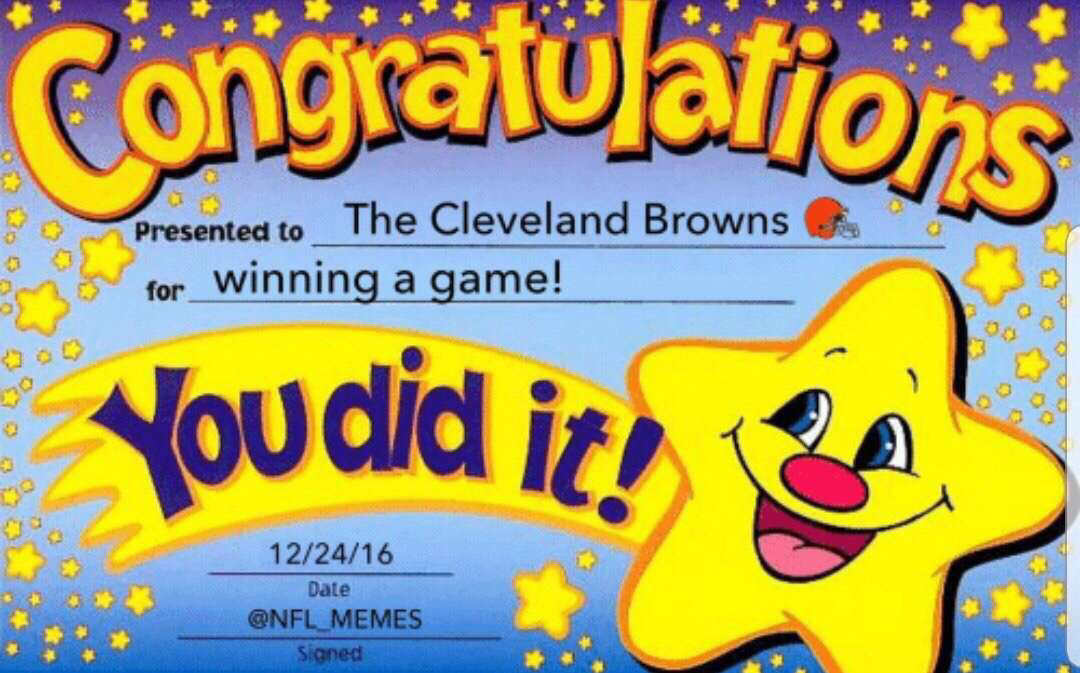 Then there are the Baker Mayfield tweets:

And the witty “Cleveland Browns fans have been waiting forever” and “Congratulations Cleveland” tweets:

Remember this moment forever by getting your Browns victory gear today! pic.twitter.com/OorYQNt6YB

Will it be the only win of the season? Mayfield doesn’t think so.

“It’s not the only win we’re going to celebrate,” Mayfield said after the game. “It’s a building block for us. Any win feels great. It is hard to do. Having success at this level is hard to do. The best part about it was that we were here at home.

“You guys could feel the energy of the crowd and how badly they wanted it, as well. We have to play for each other, but at the same time, this city deserves it.”

It was just Browns coach Hue Jackson’s second win in 35 games and will go someway to easing the pressure on his position.

“Go Browns,” Jackson said when opening his postgame press conference. “Obviously, it has been a long time since we have stood up here as a winner. Our guys fought extremely hard for everything that they got tonight. I think that this is the best team that I have had since I have been here. I truly believe that we are going to win a lot more games. I am ecstatic over the win because this is what I told our guys we could do.”

With the W, Cleveland improves its record on the season to 1-1-1.

Ohio deals with vaccine scarcity while expanding to older residents